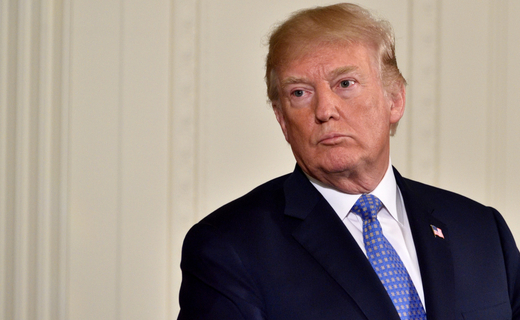 Former President of the US Donald Trump has recently said that the trial revelations coming from former Clinton campaign lawyer Michael Sussmann inspired him to “fight even harder,” adding that “if we don’t win, our country will is ruined.”

After Special Counsel John Durham accused Sussmann of giving a false statement to the FBI, a jury ruled him not guilty.

Sussmann reported to the FBI in September 2016 that there was a secret communication between the Trump Organization and one of the banks in Moscow. Sussmann allegedly lied to General Counsel James Baker when he indicated he was presenting the charges as a civilian concerned about national security, according to Durham.

Durham claimed Sussmann was working as a lawyer for Hillary Clinton’s presidential campaign at the time, citing billing documents that show Sussmann billed the campaign for his work assembling the evidence linking Trump to the Kremlin-linked bank on multiple occasions.

“If anything, it makes me want to fight even harder,” Trump joked when asked if the ruling had any impact on his future political intentions, implying his 2024 campaign aspirations, per report.

“If we don’t win, our country is ruined,” Trump said. “We have bad borders, bad elections, and a court system not functioning properly.” He continued to say: “Our country is being systematically destroyed.”

“They spied on my campaign. They got caught. If a Republican would have done that, and the obvious steps forward, it would be a virtual death penalty,” Trump said in his interview with Fox News Digital.

Former officials are now wondering why Mueller’s team of experienced prosecutors failed to report those connections as part of their extensive investigation into Trump’s ties to Russia throughout the 2016 election and into his presidency.

“They had blinders on—they were only looking in one direction,” Trump said. “No matter how far they turned and saw all of these crimes, they wouldn’t go there.”

He added: “Mueller and everybody else knew what was going on, and they didn’t do anything about it.”

Mueller’s investigation, which lasted for almost two years, and cost more than $30 million, found no evidence of criminal collusion or coordination between the Trump campaign and Russian officials.

During the trial in question, Robby Mook, Clinton’s campaign manager, said that Hillary approved the spread of unproven and false information to the media, trying to create a false image that Trump Organization had ties with Russia’s Alfa Bank.

“This was totally illegal. What they did was treason, and it also put our country in a lot of danger with Russia,” Trump said.

As for Hillary Clinton, Trump said, “She should be ashamed of herself.”

Aside from the Trump-Alfa Bank charges, Clinton-connected authorities also promoted and funded the anti-Trump dossier, which featured allegations of Trump-Russian government collaboration.