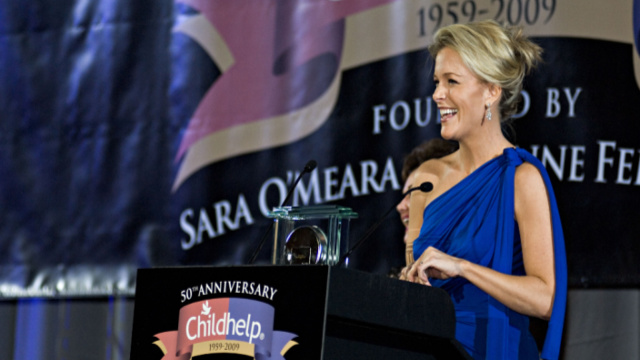 Former Fox News anchor and current podcast host Megyn Kelly was accused by a guest appearing on her show of “conflating” the issue of gun control on Tuesday, which did not at all sit well with her, as evidenced by the fact she went full savage on these dolts for not being true, proper journalists.

Jason Calacanis and David Sacks, co-hosts of the “All-In” Podcast, made an appearance on “The Megyn Kelly Show” Tuesday, where Kelly asked her guests about policies that are seemingly soft on crime and how they seem to be making the crime rate across the country worse, including mass shootings.

“And there’s no question, the pandemic played some role in that, for sure. But the soft on crime policies played a massive role as well,” she then added, “What we’re seeing right now, also a weird phenomenon in the past month or so, since Buffalo, since Uvalde, since we’ve seen, more and more coverage of shootings pop up, those were mass shootings. There’s no question about that. But now you start to hear CNN, you read the New York Times, you listen to the Biden White House, some Democrat politicians — They describe everything as a mass shooting, like four people shot at the grocery store, wherever it’s a mass shooting.”

That’s when Calacanis interjected into Kelly’s discussion, saying, “How many people need to die in a shooting, Megyn, or get hit by a bullet for you to consider it a mass shooting? Is it four? Is it seven?”

“Why don’t you answer my question since you’re here as the guest?” Kelly responded, cutting him off. Calacanis avoided the question, instead saying, “I think you’re conflating a lot of different issues in a very partisan way to get ratings.”

And this, ladies and gentlemen, is the remark triggered Kelly’s inner Hulk to come busting out. You know that Calacanis absolutely regretted making that comment immediately after it left his lips.

“That’s bullshit! Don’t question my motives. This is where you — you turn into kind of an asshole!” Kelly fired back, totally unleashing the savage. “I’m giving you my honest analysis. And for you to say that I am misleading the audience for ratings is a prick thing to say, you don’t know me.”

“I’ve made my name and made my business based on honest journalism. I realize you may be number 26 worldwide, but you’ve never done real journalism at the level I have in your life. So I don’t need a lecture from you about ratings. I am here to deliver honest information to my audience. That’s what I’m doing. You can disagree with my point without getting personal,” Kelly said in conclusion, stopping Calacanis cold after what had been, up until that point, a somewhat pleasant  conversation.

Kelly really lit that dude’s world up, didn’t she?

He had it coming, that much is for sure. Maybe next time he’ll try to put a filter on and ensure he treats someone who has invited him onto their program as a guest with the respect they deserve.