LeBron James Unusually Silent On Murder At His Own Akron School; Is It Because the Victim Is White? 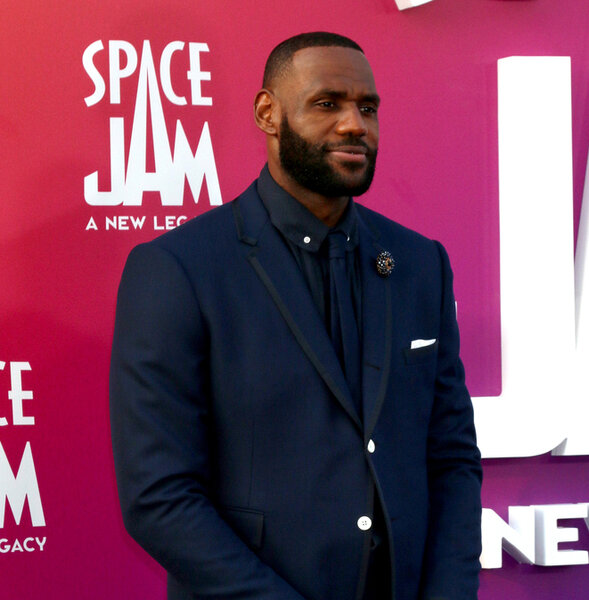 LeBron James is no stranger to voicing ignorant opinions about human rights violations and law enforcement. He has condemned NBA voices who dared support Hong Kong’s moribund freedom movement or vocalized opposition to concentration camps in China. At home, he has accused whites of hunting down blacks and made it clear that just by being black is practically a death sentence.

Even when a white police officer shot and killed a violent, would-be teenage murderer, thus defending another innocent human being from harm, King Ignoramus doxxed the officer and made the situation look like another BLM-orgie waiting to happen.

It’s important to note all of this because James is a clueless bigot with trigger fingers ready to pounce when it serves the propagandized narrative of his false worldview.

So where is LeBron James when a kid is murdered by unknown assailants on the property of his own Akron-based school?

Police reports indicate that Ethan Liming, a white seventeen-year-old kid, was found unresponsive in a parking lot next to the grounds of I Promise School, a collaboration between LeBron James and Akron Public Schools. He had apparently been playing basketball with friends when a confrontation began with other players. The confrontation left him knocked unconscious and then brutally assaulted, according to the local paper.

It seems safe to say that James doesn’t care much when the victim is white and the assailants are most likely black. In other words, even though his own school hosted the murder, a young man’s death doesn’t register with him because it doesn’t comport with the narrative. Of course, it does comport with F.B.I statistics, which show 90% of interracial black-white violence occurs in the same direction.

Our condolences goes out to the family who lost a loved one!! My the heavens above watch over you during this tragedy! Pray for our community! ?? https://t.co/bpq5qsoNfO

“Our condolences goes [sic] out to the family who lost a loved one!! My [sic] the heavens above watch over you during this tragedy! Pray for our community!”

This message rings entirely hollow and insincere; for those that have watched Seinfeld, the use of exclamation points is absurdly overdone. I simply don’t believe he cares. For another thing, he couldn’t even be bothered to use spell check.

Outkick brought this story larger media attention, which needs to be plastered everywhere. LeBron needs to use his enormous platform and celebrity to bring justice to an unsolved murder. Remember how Lebron does everything he can when a black victim is killed by whites? Turns out his empathy only goes in one direction.

Noting that the entire LeBron James Foundation has been silent since tweeting a banal note about the premises being safe at their school, as opposed to voicing outrage over a murder on the property of its community’s school, Outkick notes LeBron has likewise stayed away from this story.

“LeBron has been silent as well. He hasn’t shared a photo of the teen killed. He hasn’t provided a phone number for people to call who might’ve witnessed those responsible for Liming’s death. He hasn’t applied pressure to this community that he holds so much power over. Neither has his foundation.

Nobody is asking LeBron to solve this case and bring an end to this nightmare that the Liming family is living through, but the self-annointed Muhammed Ali of this generation sure doesn’t seem interested in the blood that was spilled right there in that I Promise parking lot.”

Clay Travis took some time to break down the situation in a video worth watching. Near the end, he breaks it down perfectly: LeBron could use his power for good and help solve a murder mystery in his hometown and personally-funded school. Indications are he won’t, and as awful as it seems to say out loud, it seems like it’s because Ethan Liming “happens to be white.”