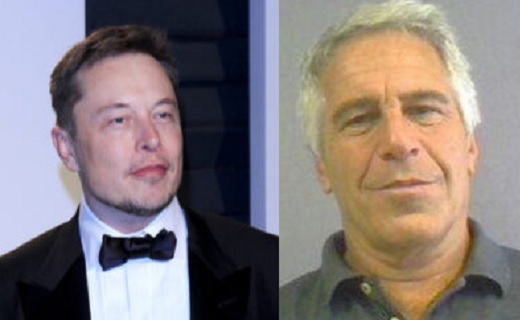 Elon Musk asked on Twitter if some people were not okay with how silent the “leaking” Justice Department is considering Jeffrey Epstein and Ghislaine Maxwell.

The CEO of Tesla and SpaceX said that the Department of Justice, which grew notoriously because of leaking under the ex-President Trump, was too quiet about Jeffrey, who was a convicted pedophile.

“Only thing more remarkable than DOJ not leaking the list is that no one in the media cares,” Musk said in his tweets.

He asked his 96.5 million followers, “Doesn’t that seem odd?”

The things in the photo were a dinosaur, a unicorn, and a dragon, and as he mentions, “The Epstein/Maxwell client list.”

The former lover and assistant of Epstein, Maxwell, was convicted in December of 2021 for grooming and recruiting underage girls to be sexually assaulted by Jeffrey.

A federal judge refused Maxwell a retrial because she questioned the objectivity of a juror who did not declare that he was a sexual abuse survivor.

Epstein died in 2019 while pending a federal sex trafficking trial following an alleged suicide in Manhattan though the official story is widely doubted. Some of Maxwell’s family members raised concerns about her well-being since one of Epstein’s and Maxwell’s collaborators, Jean-Luc Brunel, was found hanging in his cell in a high-security prison in Paris. Although the prosecutors claimed otherwise, the case didn’t actually look like a suicide.

In a weird series of tweets, Musk included Sex Pistols, Pokemon, and Disney Chemtrails, causing more people to respond to his tweets.

Last month, he gained huge attention by saying that he too might pass away “under mysterious circumstances,” obviously referring to the odd Epstein’s and Jean-Luc Brunel’s passings.

This is not the first time that Elon Musk has brought up this subject on social media platforms. Namely, Musk urged the publication of Epstein’s clients’ list, and many of his followers agreed with him. The billionaire’s followers brought up Maxwell’s case, claiming that the media was shifting the attention away from the trial and instead focused on insignificant incidents, per report.

In related news, Virginia Giuffre, one of many survivors, claimed that Maxwell was even worse than Epstein since she was the one who was in charge of finding new victims and bringing them to her then-boss:

Giuffre went on to explain the situation, saying that the appointments were set up by Maxwell, who went out to look for new victims on a regular basis. Sometimes, Epstein’s manager was a part of the sexual relation, according to Giuffre.

She went on to claim that Maxwell was absolutely far worse than Epstein, saying that she used her charm and intelligence to project an image of someone trustworthy. Epstein committed a number of heinous acts, overwhelmed by his wicked urges, and Ghislaine made all of it possible by bringing the girls to him.