Robocrabs: They Just Vant To Clean Your Blood (Video) 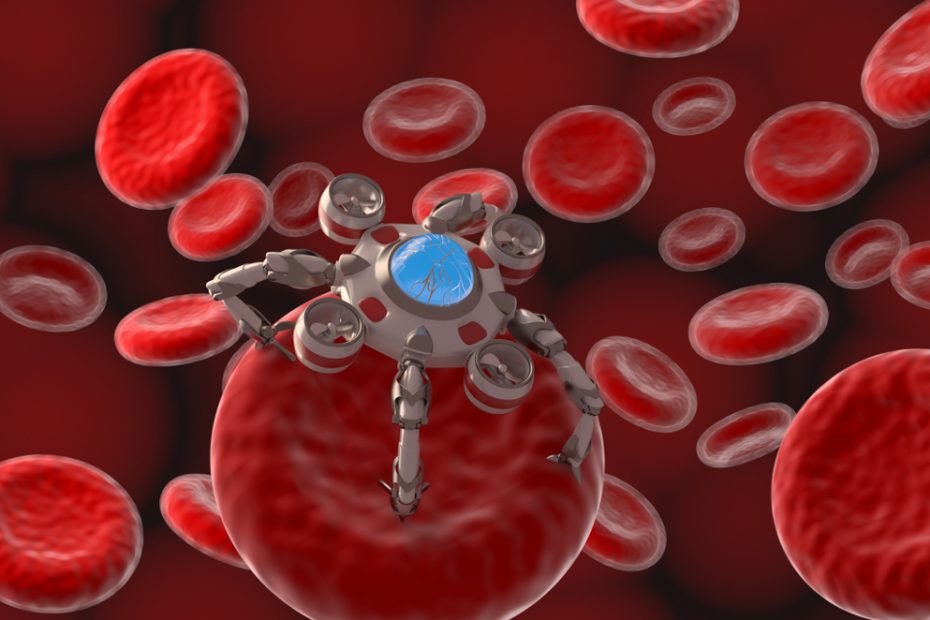 If you don’t like creepy-crawlies, you may feel a bit apprehensive about the idea of tiny robotic crabs crawling around inside your body- but that’s just what these little bots have been designed to do!

Scientists have created a tiny remote-controlled robotic crab that they say will revolutionize medical science, eliminate the need for many more invasive procedures and potentially save lives.

The ‘crab’ features a round body no bigger than the size of a flea and spider-like legs which it uses to crawl. The little robot requires no batteries or electricity to work but instead includes a heat-sensitive membrane that bends as it becomes hot and then snaps back into place again, resulting in the movement of its legs.

Measuring just half a millimeter across, they are the smallest ever remote-controlled robot.

The bots have an extremely versatile range of movement and can twist, turn, crawl and jump.

Scientists at Northwest University, Illinois who designed the robotic creepy-crawlies say that the crabs could be injected into the body to remove tumors or even clear blocked arteries using their remote-controlled pincers.

“Robotics is an exciting field of research, and the development of microscale robots is a fun topic for academic exploration,” said Biotechnics researcher John Rogers who oversaw the crabs’ creation.

“You might imagine micro-robots as agents to repair or assemble small structures or machines in industry or as surgical assistants to clear clogged arteries, to stop internal bleeding or to eliminate cancerous tumors – all in minimally invasive procedures.”

Rogers, with the help of his co-inventor Professor Yonggang Huang and a class of Ph.D. students began by creating a 2D structure of the crab, bending it into a 3D robot. The crab’s joints were able to remember their original flat shape.

“So, now if I come along and I heat up those joints, they will want to go back to that original [flat] plane,” explained Rogers.

“But then, when I stop heating it, the skeleton will move the leg back into that bent geometry. Heating makes the leg go out straight, then cooling puts it down. And if you do that in a coordinated way, you can get the thing to kind of walk around.”

Rogers said he doesn’t want the development of the amazing invention to stop there, but will next challenge his students to create a fly version:

“A more realistic next step would be to integrate radios or electronic circuits into these devices. We make our robots flat, and it’s exactly the same as the way Intel makes microprocessors. That’s probably more realistic than a robot that flies away”, he said.

But if you’re worried that your doctor might suggest you’re injected with a micro-crab into your artery, then don’t worry just yet, as Rogers went on to say that these bots are not yet suitable to be used in the human body:

“Our robots are operating in a terrestrial mode: they’re walking on solid surface. But most biomedical applications will probably be in a fluid environment, where you’ll need swimmers,” he explained.

There’s also the problem that, while they’re very tiny, the crabs are still around 10 times bigger than the smallest capillary in the body. But the little crawlers could have many other important jobs, like fixing machinery or helping to build small structures.

Either way, the crab-bots are a pretty amazing feat of modern robotics.