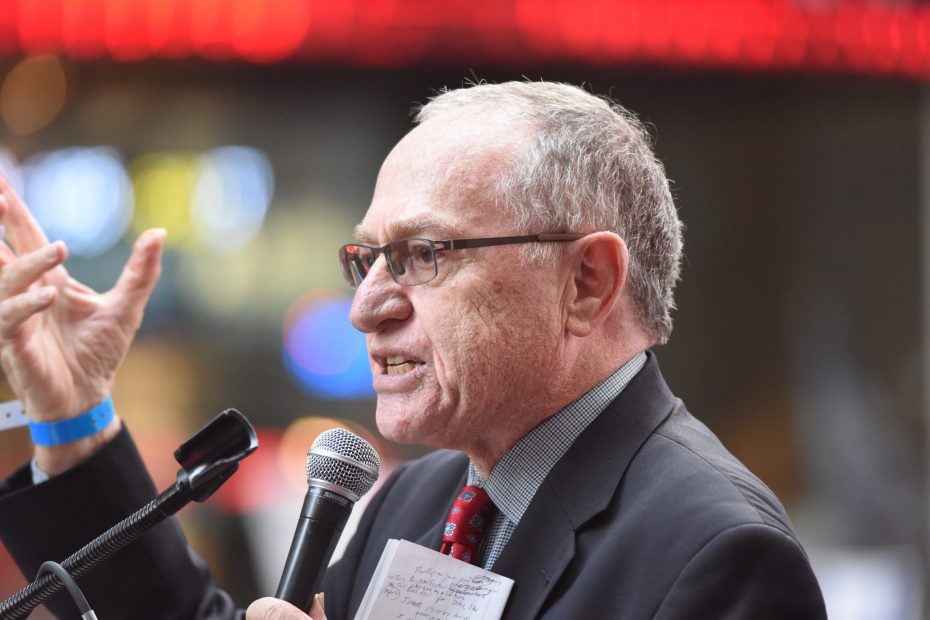 Peter Navarro served under former PResident Donald Trump as the Assistant to the President, Director of Trade and Economic Policy. But, far from remaining confined to his role, he was one of the loudest MAGA voices and routinely pushed for the MAGA agenda rather than backing down and going along with whatever the leftists wanted.

So, the left hated him and then used the January 6th Kangaroo Court to go after him and, when he didn’t comply with its orders, arrested him.

Alan Dershowitz spoke to  Newsmax TV’s “The Count” about the indictment, calling it a “real scandal” because of his claim of executive privilege and there being no order resolving that issue.

Speaking on that issue, Dershowtiz said:

“He has invoked a privilege. It’s as if somebody was called to testify about what he told his priest or his doctor or his lawyer, and he invokes the privilege and immediately gets indicted, instead of the government going before a court and the judge rules whether or not the privilege applies. If you rule the privilege doesn’t apply and order him to testify, then he can be held in contempt.

“But you cannot constitutionally be held in contempt of Congress without a judicial order.”

But he didn’t end there. After explaining what’s wrong with what the left is doing, Dershowitz used it to show how the GOP, if willing to use the precedent as a mace with which to bash the left, said:

“And if the shoe was on the other foot, and it will be on the other foot if the Republicans gained control of Congress or the Senate, they will use this precedent and go after Biden administration officials and indict them if they refused to disclose information.

“This is dangerous to democracy, dangerous through the rule of law, and dangerous to the concept of privilege, whether it be a priest privilege or a doctor, privileged lawyer privilege or executive privilege — an extremely dangerous case. And I’m shocked that the Justice Department brought it without there being a judicial determination that he was compelled to testify.”

Dershowitz is probably right, and not just in the context of Navarro’s ridiculous arrest. The Democrats, in their hatred of Trump and desire to tear him down, ripped decades of precedent to shreds, creating new, bare-knuckled precedents in the process.

Now Biden is in charge and the GOP looks poised to reclaim the Congress, and thus have the power to go after Biden with a vengeance. That might be bad for democracy and the republic but, because of it, we’ll get to see the left reap what it has sown in glorious fashion as the MAGA movement responds to years of persecution.