Dad, a Philosopher With a Sixth-Grade Education, Was Right About the World! 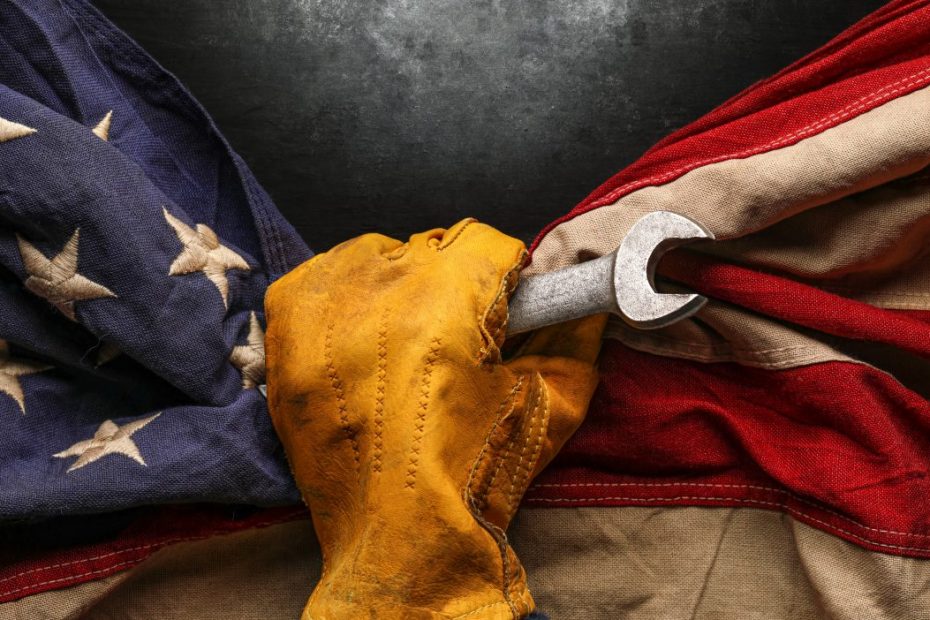 By Don Boys, Ph.D.
Dad, a Philosopher With a Sixth-Grade Education, Was Right About the World!      « Don Boys (cstnews.com)

My father was a successful businessman but uneducated, although very well informed with abundant common sense. He often said, “This world is crazy as a bedbug.” Bang, he hit it out of the park; he rang the bell; he was right on target. Too bad he was not a world leader.

Common sense is basic honest appraisal based on life’s experience. It is represented in the statement, “If it looks like a duck, quacks like a duck, and walks like a duck, it is probably a duck.” Truth is stranger than fiction, and the following facts prove Dad was right: the world is crazy as a bedbug.

Any choice of daily news will confirm my dad’s correct assessment.

Dr. Robert Levine is a man who changed his name (but not his gender) to Rachel and was appointed by allegedly sane President Biden and allegedly sane legislators to be Assistant Secretary for Health. He/she/it said in an interview that “there is no medical debate about whether children who claim they are transgender should receive ‘gender-affirming’ care.” Say what? What a stupid statement.

Furthermore, Dr. Levine has a former wife and two children, although homosexuals have no interest in the opposite sex, so I was informed.

He will not admit taking hormones or having vital body parts chopped off by mutilating medical doctors. He also refuses to admit to having a “husband.” And he/she/it works for you.

I would love to know what my Dad’s reaction would have been to Levine’ sex change.

Pedophile is such an offensive word (for such a despicable crime as sexually abusing children) that an assistant professor at Old Dominion University says we “should refer to people who feel sexual attraction towards children as ‘Minor Attracted Persons.’” It sounds better to say, “he is a MAP” rather than saying, “He is a degenerate pedophile.”

There is no doubt what my philosopher father would call pathetic perverts who prey on helpless children, but I will not use his colorful but accurate language.

Without exploding in laughter, a congressional witness confessed that some men can get pregnant and have an abortion. Some commonsense congressmen showed admirable restraint by not falling to the floor, holding their sides in raucous laughter. They simply noted that all nuts are not on trees or in California.

Baby killers can boast of killing 62 million innocent babies since 1970 and screaming feminists yell about a woman’s right to make decisions about her own body. However, their abortion decision also ends the life of a human being with all the rights any other citizen has. What happened to the baby’s right to life? Screaming feminists declare their decision-making right but refuse to take responsibility for their decision to climb into bed with a baby producer, also known as a man in some sane circles. Neither does the man have a say in the matter even though he has equal responsibility.

Some black racists have opined that killing an unborn black baby is better than permitting a white family to make an adoption. Again, no one has asked the babies.

All Oregon public schools must have “menstrual products” in boys’ bathrooms with “instructions on using them.” The lawmakers (I have many more colorful and accurate names) sought to “affirm the right to menstrual dignity for transgender, intersex, nonbinary, and two-spirit students.”
Remember Dad’s words.

Jesse Jackson, Al Sharpton, and assorted reverends multiply their frequent travel miles prodigiously as they pop up anywhere a buck can be made from another person’s misfortune. Usually, a person of color is shot for refusing to obey a police warning and sent on to his reward, and no one wants to discuss his criminal record, his crime, or his refusal to obey a clear warning. Still, they delight in producing a litany of admirable, amazing, and attractive (as well as absent) attributes of the deceased. His long rap sheet is concealed or denigrated, and the deceased is usually presented as a Nobel Prize winner waiting to be discovered.

Black charlatans warn us palefaces of our latent or hidden racism since we don’t join a macabre march into a fantasy world of planned police persecution. They all possess a much-deserved Ph.D. in the art of buffoonery, tomfoolery, and chicanery. These self-righteous preachers go months without doing what preachers do—preach the Good News of Christ’s sacrificial death and victorious resurrection.  They specialize in preaching Black Liberation and successfully liberating U.S. dollars from guilt-ridden corporations. Of course, they always have time to preach a high-profile funeral and take time from their schedules to do television interviews.

I am sure what my dad would call them, but I want my article to be published.

University educators with a Ph.D. (purchased from the back of a cereal box) declare that Blacks cannot be racists and all white people, being white, are automatically racists. Some black leaders say it is a crime to burn down a building to collect insurance, and you go to prison; however, if you burn down a building because someone has offended you and you are trying to make a point, you go free and are even admired by halfwits.

Assemblyman Miguel Santiago, Democrat from Los Angeles, introduced a bill to guarantee seven fundamental rights for every dog and cat in California. Such rights would be posted at every animal shelter and rescue group. Other animal rights include “a life of comfort, free of fear and anxiety; daily mental stimulation and appropriate exercise.” Oh, each animal is to have guaranteed health care. Not sure if it is Medicare or ObamaCare.

An analysis of CDC data by Dr. Meryl Nass found that vaccinated people in California and New York were three times more likely to develop COVID than those who had had prior immunity and were unvaccinated. Yet we are told we may need boosters every six months. And children who have almost no danger from COVID must go through the whole program of shots!

During the Pope’s recent visit to Malta, he purposely replaced his backdrop with plastic water bottles rather than the cross of Jesus Christ. The Pope is very sensitive and didn’t want to anger Muslim migrants, but he did not consult millions of Catholics to whom he owes his plush existence as to what they thought. But then, they’re only paying the bills.

They should stop writing checks.

Prince Charles, soon to become King of Great Britain, thinks we should put a mask on all cows to affect climate change. Charles, a longtime royal fornicator, will rule Great Britain soon.  There must be a political virus infecting only world leaders like Biden, Putin, Zelenskyy, Prince Charles, Trudeau, Macron, etc. No vaccine has been developed for such a condition.

Prime Minister of Sweden admits to “Parallel Societies” in multicultural Sweden following Qur’an riots. Remember a few years ago when conservatives were ridiculed for speaking of “no-go zones” in France, Sweden, England, etc.? I wrote in Muslim Invasion: The Fuse is Burning! that European society would be overpowered by illegal and legal migrants with a different language, religion, education, and social standards. I wrote that England will no longer be England; France will no longer be France; Sweden will no longer be Sweden; and Germany will no longer be Germany.

And America will no longer be America.

Well, that time has arrived, and we are experiencing one of the most amazing shifts in civilization ever recorded.

America has been marching, almost hurtling toward a Socialist nation for decades, and informed people, including my dad, knew Socialism was the foyer to Communism. Not only is Communism evil, but it also doesn’t work. Think Cuba, Laos, Congo, and North Korea. If Communists took the Sahara Dessert, they would have to import sand in five years.

Our nation is being destroyed in front of our eyes, and Americans think, “it can’t happen here” while it is happening here. If we follow the path we are traveling and beat our swords into plow shears while the descendants of Mau, Marx, Lenin, and Hitler still live, we are fools and will become dead fools.
And a dead nation.

America and the world are a farce, a fraud, and a failure because they departed from a strict standard—the Word of God. Personal feelings have become more important than profound faith in Christ.

Barna’s research thoroughly supports the conclusion that most people claiming to be Christians are totally confused. The poll reveals that “69% of American adults identify as ‘Christian,’ only six percent actually have a biblical worldview.” That amounts to 176 million people; however, what they believe is closer to an African witch doctor. Only nine percent of professing Christians hold a biblical worldview.

Even Born-Again Christians don’t believe biblical truth! “Fifty-one percent of theologically born-again Christians say that all faiths are equal. Forty percent say there is no absolute truth, and 37% say that people can earn their way to heaven by being good enough.”

Obviously, modern churches have lost their way or never knew it. The pastors of many mega-churches (and others) are hip, worldly, swearing, drinking, fornicating, publicity-driven, money motivated, and crowd-pleasing hypocrites whose church buildings would be better utilized if turned into bowling alleys.No wonder this nation is crazy as a bedbug.

(Dr. Don Boys is a former member of the Indiana House of Representatives who ran a large Christian school in Indianapolis and wrote columns for USA Today for 8 years. Boys authored 20 books, the most recent, Reflections of a Lifetime Fundamentalist: No Reserves, No Retreats, No Regrets! The eBook is available at Amazon.com for $4.99. Other titles at www.cstnews.com. Follow him on Facebook at Don  Boys, Ph.D., and visit his blog. Send a request to DBoysphd@aol.com for a free subscription to his articles and click here to support  his work with a donation.)
“You have not lived today until you have done something for someone who can never repay you.” – John Bunyan