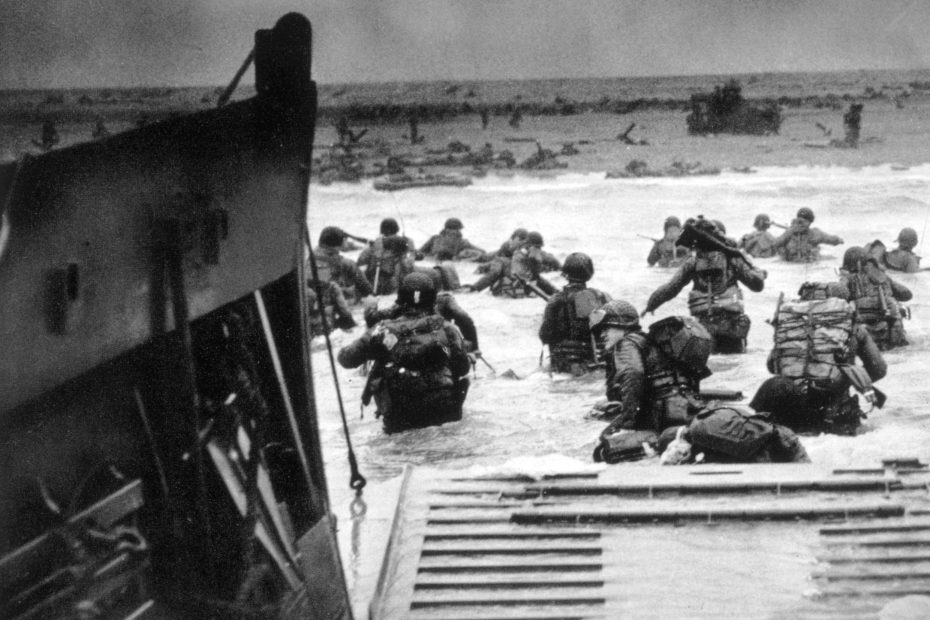 As someone who served in the United States Marines Corps during Desert Storm, the fact that our current Commander In Chief didn’t see fit to remember and honor all who have served in our military, especially those who were injured and those who gave the ultimate sacrifice for our national security on D-Day, I find Biden’s actions today despicable.

On June 6th, 1944, American GIs led the liberation of Europe from Nazism as they landed on the coast of Normandy with British and Canadian allies. 156K troops stormed the beaches, in 5,000 ships and supported by 11,000 aircraft, facing a deadly rain of gunfire, artillery, and bombing from the Germans along the occupied French coast.

“The airborne assault into Normandy, as part of the D-Day Allied invasion of Europe, was the largest use of airborne troops up to that time.”

Every year, the world remembers the 4,000 +  Allied troops who died in the fight against the tyrannical, vicious German Military under the command of Adolph Hitler.

On the 75th anniversary of D-Day, Trump traveled to France

Even Barack Hussein Obama honored those who served our nation on this day.

President Joe Biden, on the other hand, did not commemorate the 77th anniversary of D-Day on Sunday.

Biden did remember to tweet out a video Sunday of his meeting last week with survivors of the Tulsa Massacre nearly 100 years ago, calling for gun control.

Biden tweeted: “I met with survivors of the Tulsa Massacre this week to help fill the silence. Because in silence, wounds deepen. And, as painful as it is, only in remembrance do wounds heal.”

I met with survivors of the Tulsa Massacre this week to help fill the silence. Because in silence, wounds deepen. And, as painful as it is, only in remembrance do wounds heal. pic.twitter.com/0mLMRAhJiD

After Columbine,
after Sandy Hook,
after Charleston,
after Orlando,
after Las Vegas,
after Parkland,
nothing has been done.

This time, that can’t be true. This time, we must actually do something.

#Biden snubbed #DDay, instead tweeting about the heinous #TulsaRaceMassacre of a century ago. Redefining America as systemically #racist is much more important to his administration’s priorities than honoring our troops who fought & died to liberate #Europe from the Nazis. pic.twitter.com/6ZjMI6VUMh

Why the Biden administration did not remember to have Joe at least send out a Tweet for D-Day is anyone’s guess.

We can surmise though, that considering the administration’s disgust for anything traditional America, and with Joe’s mental acuity declining, Joe may have simply forgotten, and his team of handlers couldn’t be happier for him doing so.

This additional lapse in decorum by Biden contributes to his pattern of everything being about Joe, and Joe alone.

In the midst of the disastrous withdrawal from Afghanistan, Russia’s invasion of Ukraine, and the growing energy & inflation rates, plus baby formula shortages, nothing seems to affect Biden.

He takes off for Delaware nearly every weekend, after putting in a paltry 20-30 hours a week of documented activities, and very seldom does anything that makes you feel like America has a President who puts our national interests first.

Instead, we know Joe is compromised, following Hunters’ business dealings with at least China and Ukraine.