After Title 42 Ends, Not Even The National Guard Will Be Enough 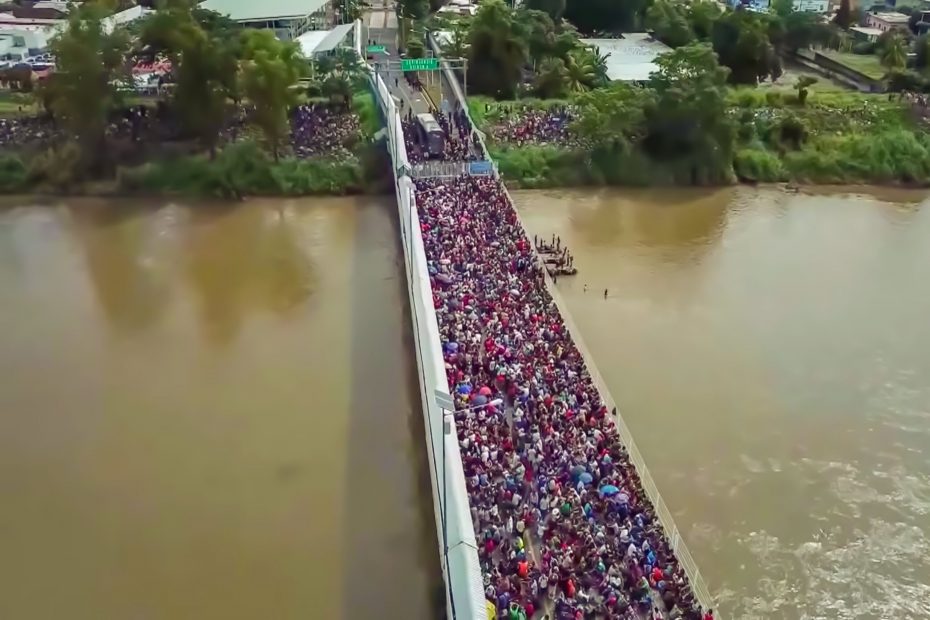 The news cycle is a compilation of stories that indicate the Biden administration has either lost total control of the immigration process, economy, and energy production levels or they are intentionally using them to destroy the American way of life by 2030.

In Biden’s first year, a record 1.7 million illegal border crossings were recorded, the most since records began.

Globalist organizations, including the United Nations, have been providing prepaid debit cards, and transportation, and have helped illegal aliens coordinate with the NGOs who are waiting to transport the foreign nationals to government housing or addresses of existing family members already inside the United States.

Just today, another story broke concerning 12,000 + more illegal aliens who have formed the largest caravan of illegal aliens on their way to the open US Southern Border.

The Title 42 order, which was set to expire, but a judge temporarily stopped the Biden administration, requires U.S. Customs and Border Protection (CBP) to process undocumented land border crossers promptly without asylum screening.

The reality is because it was based on COVID concerns, Title 42 order will eventually be terminated, which will be like removing a dam that has been holding back a raging river.

Nearly 2 million illegal aliens have been expelled under the order since it was implemented, but all indications are they are being prepared and funded to revisit the border to try entering again once it is lifted.

National Border Patrol Council President Brandon Judd has expressed concern that termination of the Title 42 order will open the floodgates to illegal immigration.

So when the administration is expecting up to 18,000 a day, you have to ask, why would they flood the border knowing the border patrol will only be able to process half of them?

Many agents actually start their days at processing stations, hospitals, or in transportation details instead of heading out on patrol.

“So from the beginning of our 10-hour shift we already lost half our manpower,” Cabrera said. “One or two hours in we lose another 10 percent. By the end of our shift, we’re down to maybe 30 percent out on the field.”

Former presidents have used National Guard troops to fill gaps on the border when the border patrol has been overwhelmed, but there are limits on how a president can use soldiers at the border.

The Constitution does not provide authority for the president to use soldiers as a police force.

This is why when former President Trump sent National Guard troops to the border, their mission was limited to assisting border agents with logistics, administrative duties, surveillance, and intelligence analysis, as well as providing aerial and mechanical support.

This type of assistance is permitted by the Posse Comitatus Act, and it frees border patrol officers from performing those tasks.

But even the National Guard would unlikely be enough when Title 42 ends.