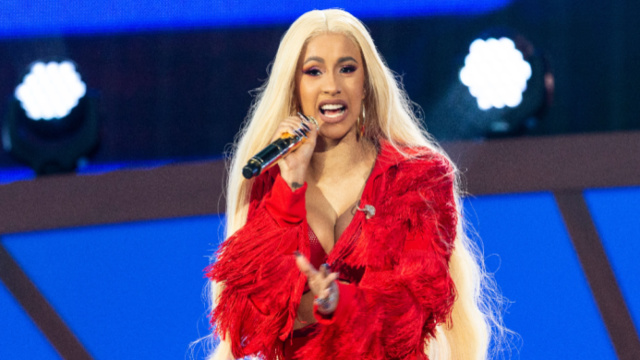 Popular rapper and singer Cardi B posted a tweet on Sunday that definitely raised more than a few eyebrows concerning a possible economic recession, wondering when all of the so-called “experts” were going to come out and announce that there’s already one on the way.

Folks, when Cardi B starts talking about economics, and what she says makes sense, you know things are starting to really slide downhill.

“When y’all think they going to announce that we going into a recession?” she went on to ask in her post.

When y’all think they going to announce that we going into a recession?

Here are more details on this strange story via The Daily Wire:

Some were quick to point out that the typical definition of a recession meant at least two consecutive quarters of negative economic growth — according to the Cambridge dictionary, a recession is “a period, usually at least six months, of low economic activity, when investments lose value, businesses fail, and unemployment rises.”

“When we have two consecutive quarters of NEGATIVE GDP growth. That’s what a recession is. There was a recession under Donald Trump in 2020, both [sic] folks ignored it because of COVID,” @reesetheone1 tweeted.

When we have two consecutive quarters of NEGATIVE GDP growth.

That’s what a recession is. There was a recession under Donald Trump in 2020, both folks ignored it because of covid. https://t.co/RY6Iurd4a5

However, it seems the vast majority of those who responded to the tweet did so with their own hot takes on the issue.

“So the person who wrote ‘WAP’ is more informed than the United States government. Lol,” Colin Gladman added.

That’s going to leave a lump on Biden’s brain box.

“There was a ferocious debate in 2001 about whether we were going to have a recession. We were already in one. By the time it was noticed, the recession was already over. You would think that the end of the recession would be great for the market – but the market kept dropping,” user @valuestockgeek went on to say.

We are truly living in the end times, folks.