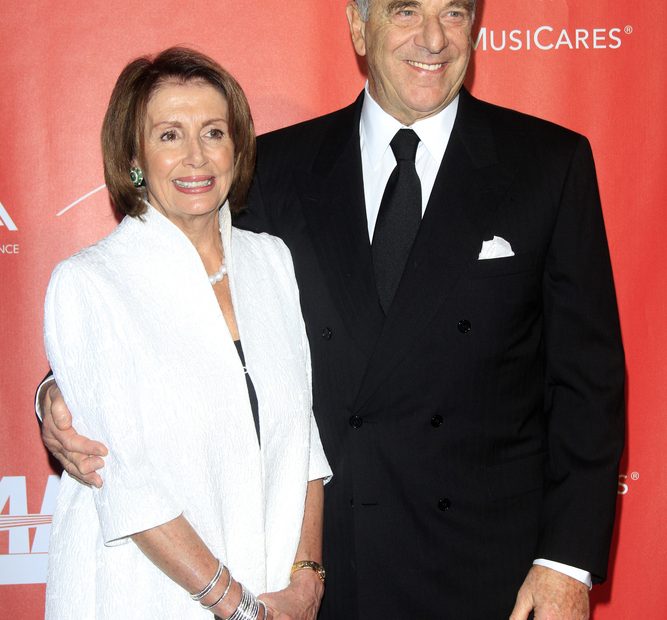 An 80-something year-old-man shouldn’t be driving a Porsche sober, let alone drunk.

But the statement he released was more focused on the media incorrectly reporting another one of his DUI arrests back in 2018.

SF Gate reported that Paul Pelosi, the husband of House Speaker Nancy Pelosi, has finally spoken out through a spokesperson after he was arrested in the Bay Area this Memorial Day weekend on suspicion of operating a vehicle while intoxicated — and his response has added some new wrinkles to this saga.

Spokesperson Larry Kamer, in a statement to SFGATE provided Monday morning, lambasted “several” reports about Pelosi’s arrest that “included incorrect information” about the incident. One significant piece of “incorrect information,” according to Kamer, is the attribution of a prior DUI arrest to Pelosi.

According to California Highway Patrol records and Kamer’s statement, Pelosi, a San Francisco resident, was driving to his home in St. Helena from a dinner party at around 10:15 p.m. Saturday. About ten minutes later, Pelosi was driving on Walnut Lane in Napa attempting to cross State Route 29 when his 2021 Porsche was hit by a 48-year-old Jeep driver.

At around 11:44 p.m., Pelosi was arrested on suspicion of DUI and was booked in the Napa County Detention Center. Kamer said in the statement that Pelosi was “fully cooperative” with CHP officers. Pelosi was later released on $5,000 bail.

Kamer did not specify to SFGATE which reports included “incorrect information,” but he seems to be referring to NBC Bay Area, possibly among others. The NBC Bay Area report alleges that Pelosi was arrested in 2018 for a similar incident, instead attributing that arrest to another man named Paul Pelosi.

Glad to see Paul has his priorities straight…

And speaking of that arrest, MANY people are starting to wonder where the heck Paul’s mugshot is….good question, right?

and one of those very curious people is none other than actor Randy Quaid, and he has a rather interesting theory about Paul’s mugshot, which involves Nancy, her husband, and the recent absurd “FBI takedown” arrest of Trump loyalist Peter Navarro.

Here’s what he said: “The arrest and leg shackling by the FBI Brownshirts of Peter Navarro was Nancy Pelosi’s way of diverting attention away from her husband’s arrest and her fight to keep his mugshot from appearing on the internet.”

The arrest and leg shackling by the FBI Brownshirts of Peter Navarro was Nancy Pelosi’s way of diverting attention away away from her husband’s arrest and her fight to keep his mugshot from appearing on the internet.

I think Randy’s onto something…

And this here is what people online are saying:

“Which will be spotted first in Northern California: Bigfoot, or the Paul Pelosi mugshot?”

“California government officials are hiding Paul Pelosi’s mugshot from the public and police body camera footage of arrest. Fox News is filing FOIA requests to get the goods”

“Wow Paul Pelosi’s mugshot is locked down tighter than the Mona Lisa I wonder why?”

The benefits of being a liberal political elite never end, do they? Not even Hollywood celebs get this white-glove treatment from cops.

You can endanger people’s lives, and never be held publically accountable if you’re married to Nancy Pelosi.

His face won’t be plastered everywhere, and he won’t be mocked relentlessly, simply because he’s married to a liberal political elite and that somehow makes him above everyone else.