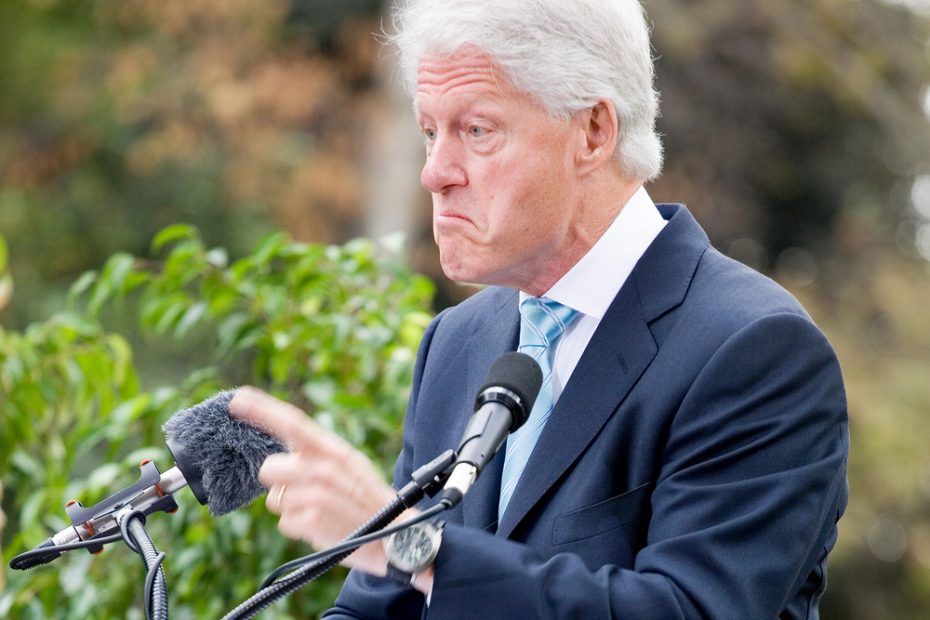 The so-called “suicide” of former Clinton top aide, and the man who first brought Jeffrey Epstein to the White House, has been reopened according to a new report.

The man’s name was Mark Middleton, and he lived in Littlerock, Arkansas.

He was tightly connected to the Clintons and convicted child sex offender Jeffrey Epstein.

Mr. Middleton was found hanging in a tree with a shotgun blast to his chest.

Why on earth was that called a “suicide” so quickly?

His business partners did not believe it was a suicide and have been anonymously calling to have the case investigated by an independent source… these poor people are terrified they’ll be killed next.

Well, now, Radar Online is exclusively reporting the case has indeed been reopened:

The stunning turn of events comes after a series of explosive RadarOnline.com stories questioning the suicide death of Clinton moneyman, Mark Middleton, who was found May 7 hanging from a tree with a shotgun blast through his chest and an extension cord around his neck.

RadarOnline.com learned about the surprise twist after it filed a Freedom of Information request with the Perry County Sheriff’s Department demanding copies of the police report and crime scene photos of grisly death in a 1,100-acre farm linked to the former president just outside Perryville, Arkansas.

In an email reply, Sheriff Scott Montgomery tells Radar he cannot release the police report because the once open-and-shut case is an active investigation.

“At this time this is an open investigation, and we are not releasing any information,” Montgomery said in a June 2nd email, without elaborating.

RadarOnline.com has also learned the Perry County Coroner is also refusing to release any details about Middleton’s death because of the alleged open investigation.

“Right now, it’s considered an open case, and nothing is being released on it at this time,” a worker at the coroner’s office tells RadarOnline.com.
When pressed about the term “open-case” the worker said: “That means it’s under investigation…it’s a legal matter which I guess might be supposed as a criminal matter also, I don’t know.”

RadarOnline.com was unable to determine if the cover-up is based on the lawsuit filed by Middleton’s family against the sheriff and coroner asking a judge to prohibit the investigators from releasing the reports and crime scene photos of the suicide.

The lawsuit was filed May 23 in Perry County Circuit Court by Middleton’s wife, Rhea, and brother, Larry, charging the family’s privacy will be violated by the release of the case files.

“Since Mr. Middleton’s death, Mr. Middleton’s family, including the Middletons, has been harassed by outlandish, hurtful, unsupported, and offensive online articles regarding Mr. Middleton, his death, and his family,” states the lawsuit.

Radar’s investigation was sparked by one of Middleton’s terrified business associates, who anonymously came forward last month to demand an independent investigation claiming the 59-year-old father of two was extremely close to Bill Clinton and incapable of committing an elaborate suicide.

I will tell you what, Radar Online has been doing the lord’s work here.

Nobody else is reporting on this like they are, and I hope the editors have a good security system at home and are making it clear to all their friends and family that they’re not depressed and do not feel the least bit “suicidal.”

Seriously, amazing work by this “entertainment” website, which I have come to respect and enjoy over the past several months. Check them out!