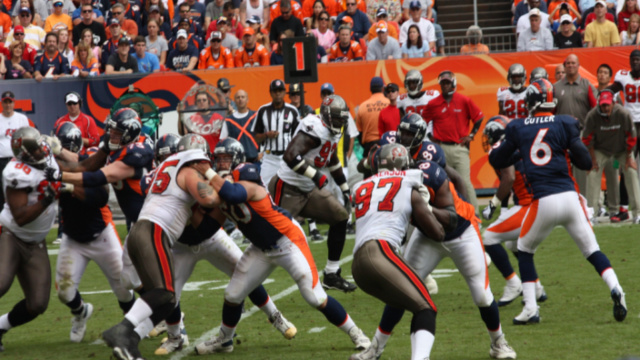 Heads up, Broncos fans. It seems your favorite Denver football team is reportedly being sold to Rob Walton, the heir to the massive retail empire we all know as Walmart.

Yes, you heard that right, folks. According to the Daily Caller, the Broncos are now being sold off to Walton for a massive $4.5 billion, which cited a report from Forbes.

Rob Walton, an heir to the Walmart fortune, will win the bidding for the Denver Broncos at about $4.5 billion, several sports bankers told Forbes. The winning bid is expected to be announced as early as this month. https://t.co/S7VZq83h3T

What’s really interesting is that Forbes pointed out that due to the absolutely staggering amount of wealth that the Walton family has thanks to Walmart, the Broncos could now have a huge advantage over their competition in the league when it comes to handing out high paying contracts.

“Current NFL teams owned by the same family for generations often don’t have that type of money lying around because so many family members feed off the team,” Forbes’ report went on to explain. However, that wouldn’t apply to the Walton’s because they’re one of the richest families on the planet.

Which means there could be tons of green back flowing for many generations to come. We might end up seeing a Broncos empire.

And while you and I probably can’t even fathom what it would be like to spend billions of dollars on something in one fell swoop, it’s actually only a tiny bit of the wealth possessed by the Walton family.

Rob Walton was able to liquidate his net worth and just hand them the cash. Is that not crazy?