Musk delivers ultimatum to staffers: get back to work in the office, or ‘pretend to work somewhere else’ 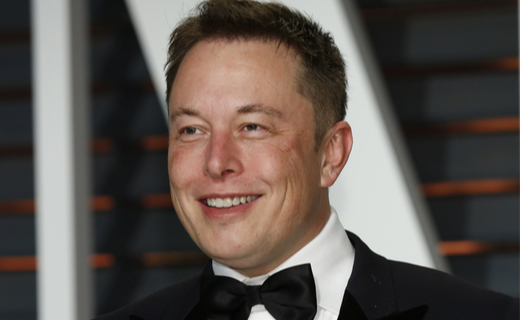 Elon Musk, the CEO of Tesla, has told executive staff at the company that unless they work at least 40 hours a week in the office they face being fired.

Musk wrote in a leaked email sent to workers with the miss-spelled subject line “remote work is no longer acceptble,” that any executive staff who wish to work remotely must be in the office for a minimum of 40 hours per week “or depart Tesla.”

The requirement for executive staff to work at least 40 hours in the office is “less than we ask of factory workers,” Musk added.

“If there are particularly exceptional contributors for whom this is impossible, I will review and approve those exceptions directly,” he continued.

The office “must be a main Tesla office, not a remote branch office unrelated to the job duties, for example being responsble for Fremont factory human relations, but having your office in another state,” Musk wrote.

He was asked on Twitter by a follower about whether he has a comment to “people who think coming into work is an antiquated concept”, Musk wrote back: “They should pretend to work somewhere else,” as reported.

This is not the first time that Musk has hit out against remote working policies and blasted Americans for “trying to avoid going to work at all” and compared them to staff in China who stay at the factory “burning the 3 am oil”.

Not so long ago, staff at Tesla’s Gigafactory were made to sleep at work when production resumed after a three-week shutdown.

Workers were given a sleeping back and mattress and part of the factory floor to sleep on.

Each employee received food of around $63 a day, but they were expected to work 12 hours a day, with one day off every six days.

The staff reportedly worked eight-hour shifts with four days on and two days off, before the temporary measures were imposed.

The Gigafactory produced 2,000 cars a day before Shanghai’s lockdown on March 28, and made half of the vehicles the company delivered worldwide last year.

Musk, who is currently in negotiations with Twitter over buying the social media giant, seemingly took aim at the company’s lax remote working policies last month.

He said he asked his Twitter followers if he should transform the company’s Silicon Valley headquarters into homeless shelters “since no one shows up anyway”.

This comes after Twitter brass reopened its offices on March 15, with remote work remaining an option for staffers, after offering staffers the option of working from home “forever’ during the pandemic”.

As Silicon Valley’s tech workers are starting to filter back to the office as Covid-19 cases plummet more than a month later, it looks as if the CEO’s faith in staffers’ desire to return to work in-person was misplaced.

This is something new board member Musk seemed to hone in on with his evidently mocking post.