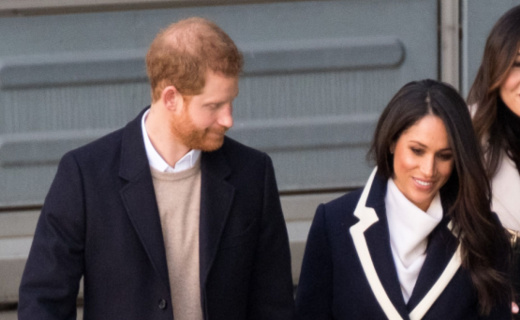 Prince Harry and Meghan Markle get booed after Jubilee church service that was honoring Queen Elizabeth, Harry’s grandmother. The royal pair received some cheers too, but most websites are pointing out the boos as it’s rather hilarious that one of the most annoying couples in history is getting booed and many of us can’t stop laughing about it.

The royally annoying pair of attention seekers were leaving St. Paul’s Cathedral after a service of thanksgiving celebrating the Queen Elizabeth’s 70-years in power and that’s when Prince Harry and wife Meghan Markle were booed by people looking on.

The Queen didn’t attend the service herself, because she made three other appearances on Thursday, but she supposedly watched the service on TV and possibly saw her annoying grandson and attention seeking wife get booed, and rightfully so.

Queen Elizabeth did not attend the service after making three appearances on Thursday. She reportedly watched the service on television.

NY Post added the following information: “Prince Harry and Meghan Markle were loudly booed Friday while returning together to royal events in the UK for the first time in two years.

A small cheer initially greeted the exiled royal couple’s exit from St Paul’s Cathedral — just to be quickly drowned out by a chorus of shouted boos, video shows.

Similar booing broke out when the couple arrived for the National Service of Thanksgiving, their first public royal event together since officially quitting royal life two years ago.Just like then, they appeared to get a frosty reception from other royals, too — with Harry’s brother, Prince William, and wife Kate sitting far away from them inside the cathedral.”

Prince Harry was reportedly staring daggers after the crowds mixed response filled with cheers and boos, as stated by Express:

“The Duchess of Sussex looked elegant in a white outfit with a matching oversized white hat, while Prince Harry donned a smart black suit.

The pair waved at the crowd as they arrived at the cathedral, but the crowds lined up outside the impressive building greeted them with mixed emotions.

As referenced by the Sky News commentator, the pair received a welcome of both boos and cheers from the royal fans.

Nevertheless, the couple continued to smile as they made their way up to the steps to take part in the momentous occasion.“