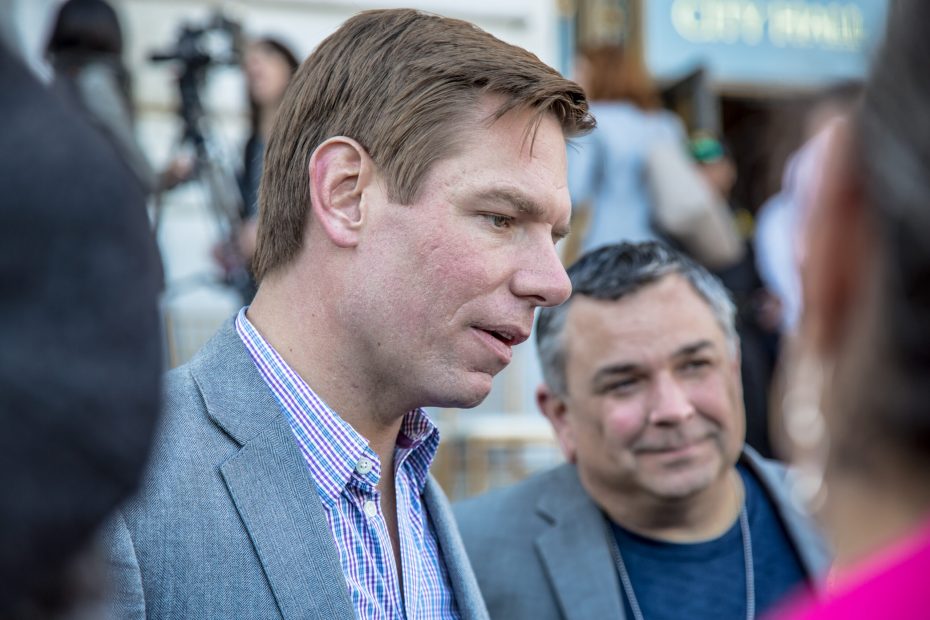 Fang Fang, the CCP spy that was sleeping with Democrat Congressman Eric Swalwell, must have been busy this week because Eric decided to take a break from being infiltrated to viciously smear the GOP, saying that those Republicans who aren’t behind the most radical of gun control proposals are siding with “the killers of our kids.

Now, the Fang Fang bit is a joke, as the two stopped seeing each other a while ago and her connection to the CCP was discovered in late 2020. But the disgusting smear part is true, as it’s exactly what Swalwell said when he appeared on MSNBC’s “The ReidOut”.

Joy Reid, the host, kicked things off by bringing up what gun control proposals are currently worming their way through Congress, saying:

“We saw the House Judiciary Committee holding a contentious debate over a package of new gun bills. The Protecting Our Kids Act raises the age on firearms and attempts to crack down on large-capacity magazines.”

That’s when Swalwell went into action and started smearing the GOP in the most disgusting of ways, accusing it of siding with those who murder children in not wanting to band certain firearms. Speaking on that, Swalwell said:

“Only the killers of our kids benefit from legislation being blocked like that. Instead, they go after mental health. They say it’s a family problem. They say this is about schools being soft targets.

But wh’en we put legislation up to address mental health, when we try and feed families, teach families, give jobs to families, and when we try and fund schools, they vote against it. It feels like it’s a carnival shell game and that they’re really just there to make sure we’re a country of unrestricted weaponry.”

Rep. Swalwell has long been known to be a gun control fanatic. Indeed, he’s openly a gun-grabber.

For example, on the policy page of his own website, he champions numerous gun control bills and even goes so far as to call for the outright ban and confiscation of certain firearms, saying:

I support commonsense reforms to prevent gun violence and make Americans safer. We must keep dangerous weapons off of our streets, improve our background check system, make sure the mentally ill receive the treatment they need, and provide schools the required resources to keep our children secure. We can’t take hatred out of hearts, but we can do more to keep deadly weapons out of hateful hands.

To keep these weapons of war out of our communities, I support banning the manufacture, import, sale, and possession of military-style semiautomatic assault weapons and high capacity magazines (i.e., hold more than 10 rounds).  We should buy back such weapons from all who choose to abide by the new law, and anyone found to be in possession of such a weapon after the buyback period has elapsed would be in violation and subject to prosecution.

No wonder he and Fang Fang got along so well; the policies he supports would be far more at home in Red China than the United States.