Biden Says Gun Control Isn’t About ‘Taking Away Rights.’ Goes On To List Ways He Wants To Take Away Rights 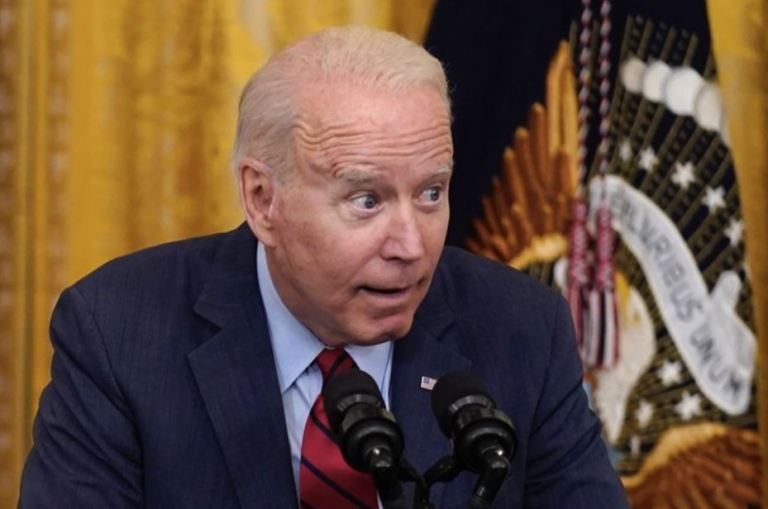 President Joe Biden has called for a major clamp down on the Second Amendment rights of Americans across the country during a speech he gave Thursday evening in light of the horrific mass shooting at an elementary school in Uvalde, Texas last week.

“This isn’t about taking away anyone’s rights,” Biden went on to claim right before he prattled off a list of ways that he did indeed plan to take away people’s Second Amendment rights.

During the speech the president called for banning semi-automatic long guns, which are a big seller here in the U.S., banning what he referred to as “high-capacity magazines,” enacting red flag laws that would take away due process for many Americans, and then stated he would be going after gun manufacturers.

“We need to ban assault weapons and high capacity magazines,” Biden stated, parroting typical left-wing talking points. “And if we can’t ban assault weapons, then we should raise the age to purchase them from 18 to 21, strengthen the background checks.”

“Raising the age needed to buy firearms would not have stopped nine of the 10 worst mass shootings in U.S. history as all of the shooters, except for two, were 21-years-old or older. Of the two shooters who were under 21, one of them, the man responsible for the Sandy Hook shooting, stole the weapons that he used from his parents,” the Daily Wire reported.

“Biden politicized recent tragedies to attack Republican lawmakers while his administration has struggled to manage numerous crises that have erupted under his leadership, including the crisis at the southern border, baby formula shortage, skyrocketing inflation, soaring fuel costs, and so on,” the report continued.

“Biden’s call for restricting the rights of law abiding Americans comes as his own son, Hunter Biden, has been accused of committing a felony by lying on a background check form to illegally purchase a firearm,” the Daily Wire added.

“Hunter Biden lied on a Form 4473 to illegally purchase a gun, a felony punishable by up to 10 years in prison & a $250K fine,” attorney Arthur Schwartz shared in a tweet. “His girlfriend then dumped that gun in the trash next to a school. He wasn’t even arrested. Why don’t we enforce existing laws before demanding new ones?”

Hunter Biden lied on a Form 4473 to illegally purchase a gun, a felony punishable by up to 10 years in prison & a $250K fine. His girlfriend then dumped that gun in the trash next to a school. He wasn’t even arrested. Why don’t we enforce existing laws before demanding new ones? pic.twitter.com/viTOoAsvrH

The allegations facing the youngest son of President Joe Biden comes from an incident that occurred in October 2018 between Hunter Biden and Hallie Biden, the wife of his dead brother, Beau Biden. Hunter, the shining star of morality that he is, actually dated his Hallie and then wound up fathering a child with a stripper while he was living with her.

“Hallie Biden allegedly took Hunter Biden’s gun and threw it in a trash can behind a grocery store, which prompted an investigation from law enforcement officials who were concerned because the trash can was close to a high school. Hallie Biden later returned to retrieve the firearm only to discover it was missing,” the Daily Wire reported.

“Secret Service agents approached the owner of the store where Hunter bought the gun and asked to take the paperwork involving the sale, according to two people, one of whom has firsthand knowledge of the episode and the other was briefed by a Secret Service agent after the fact,” Politico stated in its report. “The gun store owner refused to supply the paperwork, suspecting that the Secret Service officers wanted to hide Hunter’s ownership of the missing gun in case it were to be involved in a crime, the two people said. The owner, Ron Palmieri, later turned over the papers to the Bureau of Alcohol, Tobacco, Firearms, and Explosives, which oversees federal gun laws.”

The report goes on to note that the Secret Service agents at the Wilmington, Delaware office would “unofficially” help manage Joe Biden’s security and stated that the agency has no official record of the incident.