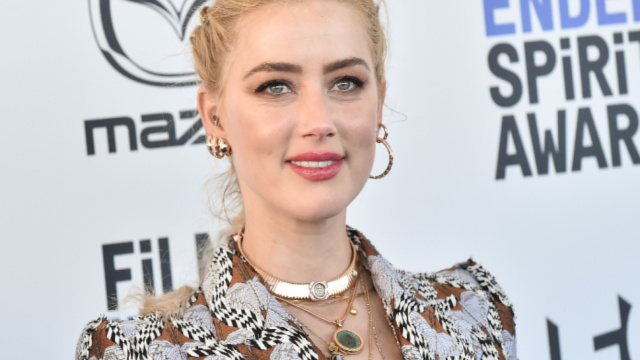 It seems that the loss actress Amber Heard took yesterday in the defamation case filed by her ex-husband Johnny Depp is really bugging the heck out of her as she’s decided to continue terrorizing the poor guy by appealing the decision.

This woman is as vicious as they come. It should be clear at this point that Heard was the abuser in the relationship with Depp. And her abusive tendencies are on full display right now as she continues to pursue revenge against Depp for daring to stand up for himself and male victims of abuse everywhere.

According to the Daily Wire, “A jury on Wednesday found that Heard defamed Depp in an op-ed about domestic violence published in The Washington Post in 2018, awarding Depp a total of $15 million. Heard was awarded $2 million over statements Depp lawyer Adam Waldman wrote about Heard allegedly intentionally messing up her apartment to stage a hoax against Depp. Due to Virginia law, the judge reduced Depp’s award to $10.35 million.”

Alafair Hall, Heard’s spokeswoman, stated that “the actress plans to appeal the decision,” according to a report published by the New York Times.

Heard slammed the verdict against her in a long statement she posted on her social media accounts, claiming it was a setback for women.

“The disappointment I feel today is beyond words,” she went on to say in a statement shared on her Twitter account. “I’m heartbroken that the mounting of evidence still was not enough to stand up to the disproportionate power, influence, and sway of my ex-husband.”

“I’m even more disappointed with what this verdict means for other women,” the actress stated. “It is a setback. It sets back the clock to a time when a woman who spoke up and spoke out could be publicly shamed and humiliated. It sets back the idea that violence against women is to be taken seriously.”

Heard then closed out her statement by suggesting that her First Amendment rights were violated, though she had countersued Depp for defamation for double the money.

“I’m sad I lost this case,” the Aquaman actress wrote. “But I am sadder still that I seem to have lost a right I thought I had as an American – to speak freely and openly.”

Depp on the other hand issued a big thank you to the jury for giving him his “life back” and then tore into medial outlets for pushing lies about him.

“Six years later, the jury gave me my life back,” the actor went on to stated on his Instagram. “I am truly humbled.”

“False, very serious and criminal allegations were levied at me via the media, which triggered an endless barrage of hateful content, although no charges were ever brought against me,” Depp continued. “It had already traveled around the world twice within a nanosecond and it had a seismic impact on my life and my career.”

The actor then said that he pursued the case to “reveal the truth.”

During the six-week trial, Heard provided details concerning serious allegations of abuse at the hands of Depp, which included raping her with a potentially broken Maker’s mark bottle.

“Depp and his legal team denied all allegations and told the jury that Heard perpetrated a #MeToo hoax to take from Depp, and also to punish him for leaving her,” the Daily Wire reported.

This is a big win for men who have been lied about by vindictive women who have used the whole #MeToo mentality to ruin their lives, despite being innocent of any wrongdoing.