WATCH: Lia Thomas Shrugs Off Docs Who Confirm She Has Unfair Advantage 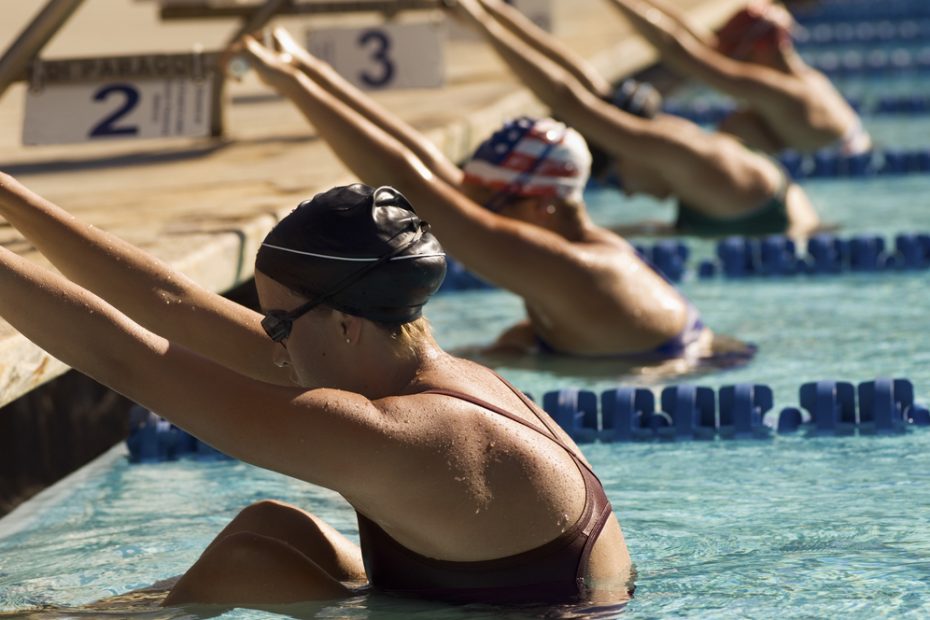 Trans-woman swimmer Lia Thomas has said she should still be allowed to compete against biological women despite doctors confirming being born male would give her an unfair advantage.

Defiant Thomas told Good Morning America she “doesn’t need permission from anyone” to enter professional swimming races against women and even hopes to represent Team U.S.A. in the Olympics.

In response to the ongoing transgender women in sports row, her announcement comes after numerous doctors confirmed that biological males who undergo male puberty would have an unfair advantage against female athletes.

Medical professionals say that cosmetic surgery and hormone treatment later in life will not undo the effects of the floods of testosterone in the body during male puberty.

“There are social aspects to sport, but physiology and biology underpin it. Testosterone is the 800-pound gorilla“, said Mayo Clinic doctor Michael J. Joyner to the New York Times.

“Body size, hand size, foot size, bone density [are all factors], but the main thing is the interactions of exercise training and muscle.

It is not transphobic, it being a realist. It’s called reality. #LiaThomas pic.twitter.com/FZd4qWImS0

“I think that evidence so far would suggest a period of a year, two, three or even four years [of hormone therapy] is insufficient.”

“Lia Thomas is the manifestation of the scientific evidence. The reduction in testosterone did not remove her biological advantage“.

Even trans tennis player Renee Richards who transitioned from male to female in her 40s said she had considered the facts and revised her position about male born athletes competing against women in sport, now recognizing that they have a clear and unfair advantage:

“Having lived for the past 30 years, I know if I’d had surgery at the age of 22 and then at 24 went on the tour, no genetic woman in the world would have been able to come close to me. And so I’ve reconsidered my opinion.

“There is one thing that a transsexual woman, unfortunately, cannot expect to be allowed to do, and that is to play professional sports in her chosen field. She can get married, live as a woman, do all of those other things, and no one should ever be allowed to take them away from her.

“But this limitation—that’s just life. I know because I lived it“, she told Slate in 2012.

But Lia, who began transitioning in 2020, aged 19, hit back at the comments and said that trans people don’t transition to beat women in sport but to feel happy in themselves – conveniently ignoring the fact that the debate is about biological men competing in women’s sport:

“Trans people don’t transition for athletics. We transition to be happy and authentic and to be ourselves.

“Transition to get an advantage is not something that factors into our decisions,” she said.

“I don’t need anybody’s permission to be myself.”

The male-born swimmer who has set numerous records in the women’s sport and controversially won the NCAA 500m freestyle swimming championship in March said that anyone against her competing against women is “transphobic.”

“You can’t go halfway and be like “I support trans people but only to a certain point.

“If you support transwomen and they’ve met all the N.C.A.A. requirements, I don’t know if you can say something like that.

“Trans women are not a threat to women’s sport,” she insisted.

She argued that because biological women are of different sizes and shapes, it wouldn’t give men a clear advantage if they competed against them.

“I’m not a medical expert but there’s a lot of variation among cis female athletes. There are cis women who are tall muscular and have more testosterone. Should that also disqualify them?”

Presumably, Lia would also argue that we don’t need age categories anymore so that she can race against little girls too? Provided it makes her happy.