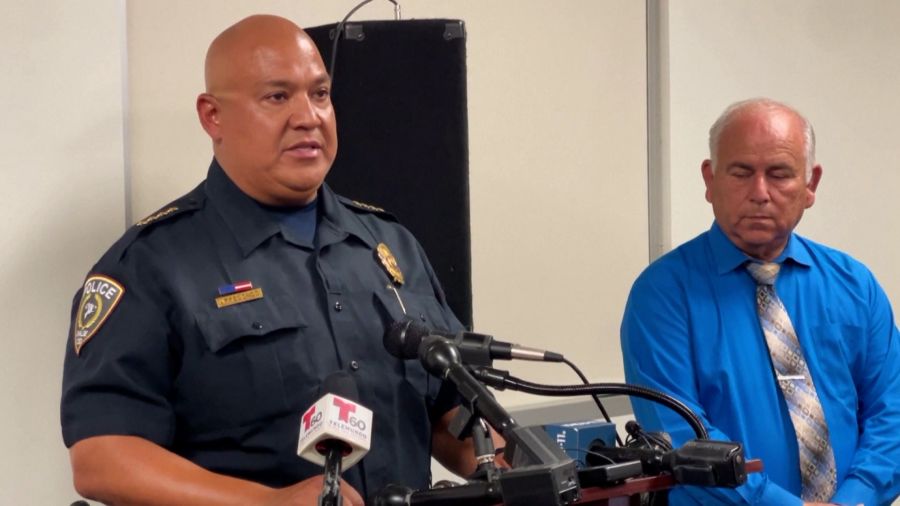 Uvalde Consolidated Independent School District Police Chief Pete Arredondo — who reportedly held back law enforcement officers while a crazed lunatic murdered 19 children and two teachers inside Robb Elementary School — has come out and denied reports that he is not cooperating with an investigation into the matter being carried out by Texas Rangers.

Arredondo spoke to CNN where he revealed that he regularly talks with the Texas Department of Safety, which is currently in the process of investigating the school police response to the horrifying shooting that took place just last week.

Arredondo said, “I am in touch with DPS everyday.”

Uvalde CISD Chief Arredondo tells CNN exclusively “I am in touch with DPS everyday.” Contradiction to what DPS has said. Said his swearing in last night as Uvalde city council member was “a private thing” out of respect for the families.
More live now on @cnn @aaroncooperNYC

“The Texas DPS and the federal government have launched investigations into the local police response. On Tuesday, NBC reported that both the city police department and the schools’ police force were cooperating with investigations but that Arredondo was not,” the Daily Wire reported.

“The chief of the Uvalde CISD Police provided an initial interview but has not responded to a request for a followup interview with the Texas Rangers that was made two days ago,” NBC correspondent Morgan Chesky writes in a piece concerning the police chief.

Arredondo was the incident commander at the scene of the shooting and gave the order for his officers not to engage 18-year-old Salvador Ramos who had entered the school and was locked inside a classroom full of children, according to local authorities.

Thankfully, federal agents, including elite border control officers, showed up on the scene, went into the school on their own and killed the gunman, keeping the body count from being even higher than it already was.

The U.S. Department of Justice stated over the weekend that they would be investigating the botched response by police. Don McLaughlin, the mayor of Uvalde, has requested the probe as evidence continues to pile up indicating the local police hesitated to enter the classroom as the shooter carried our the bloody massacre.

“The goal of the review is to provide an independent account of law enforcement actions and responses that day, and to identify lessons learned and best practices to help first responders prepare for and respond to active shooter events,” DOJ spokesman Anthony Coley stated.