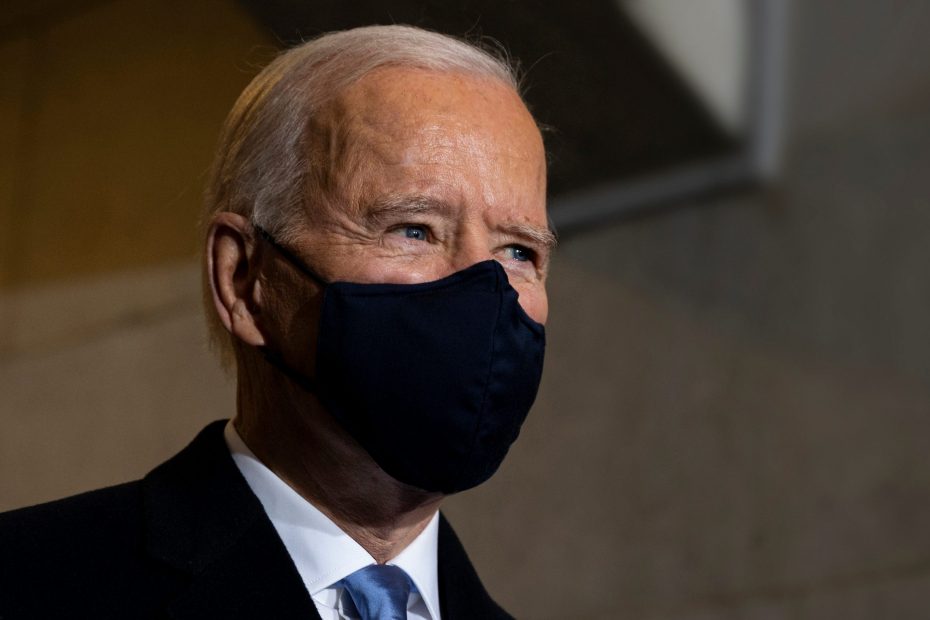 With Biden’s popularity plummetting to new lows seemingly by the day as Americans grow more and more frustrated with the inflation crisis and blame him for it and many of America’s other problems, Biden’s apparently trying to push it even lower by going to court in an attempt to make Americans mask up again. Perhaps his dementia-addled brain confused popularity polls and golf.

In any case, agents of Brandon’s Administration are now in court trying to argue that Americans should be forced to wear masks on planes yet again. In its appeal, Biden’s DOJ argued that the mask mandate was reasonable, saying:

“The findings in the CDC order likewise provide ample support for the agency’s determination that there was good cause to make the order effective without delay. None of the district court’s quarrels with the CDC order comes close to showing that the CDC has acted outside the ‘zone of reasonableness.’”

Emphasizing why the “zone of reasonableness”  language is important, the DOJ also said:

The district court’s additional rulings that the CDC order is arbitrary and capricious and procedurally invalid echo the claims that the Supreme Court rejected in Biden v. Missouri, 142 S. Ct. 647 (2022) (per curiam), and should be reversed for the same reasons. There, the Supreme Court emphasized that “the role of courts in reviewing arbitrary and capricious challenges is to simply ensure that the agency has acted within a zone of reasonableness.”

As the Supreme Court recently explained, Section 361(a) of the Public Health Service Act authorizes the CDC to require measures that “directly relate to preventing the interstate spread of disease by identifying, isolating, and destroying the disease itself.” Alabama Ass’n of Realtors v. Department of Health & Human Servs., 141 S. Ct. 2485, 2488 (2021) (per curiam). That is precisely what the transportation mask order does: masks isolate the disease itself by trapping viral particles exhaled by infected travelers and preventing non-infected travelers from inhaling viral particles. The CDC’s statutory authority explicitly encompasses “sanitation” measures and “other” similar measures and—as the district court recognized—a mask is a conventional sanitation measure.

And what is it that the DOJ wants? For the judgement of the district court that invalidated the ruling to be reversed, or at least confined to the five individuals involved in that case rather than the entire nation, and thus the masking requirement on airplanes brought back.

As a reminder, it was in April that U.S. District Judge Kathryn Kimball Mizelle in Tampa terminated the administration’s transportation mask mandate, ruling that the mandate “exceeded the CDC’s statutory authority, improperly invoked the good cause exception to notice and comment rulemaking, and failed to adequately explain its decisions.”

Apparently, Team Biden thinks it can somehow prove Mizelle wrong on that count and bring the mandate back.

Why it wants to do so, however, is unclear. The mask mandate on planes was tremendously unpopular, as seen by the joyous cheers when it was lifted, and forcing it on Americans again months before midterms seems like a terrible political move, particularly as the Dems are now arguing “my body, my choice” in light of the leaked SCOTUS opinion about abortion in Dobbs.

Still, Biden certainly isn’t a genius, so perhaps his administration is just making yet another political mistake.

Enjoy HUGE savings at My Pillow with promo code GENZ