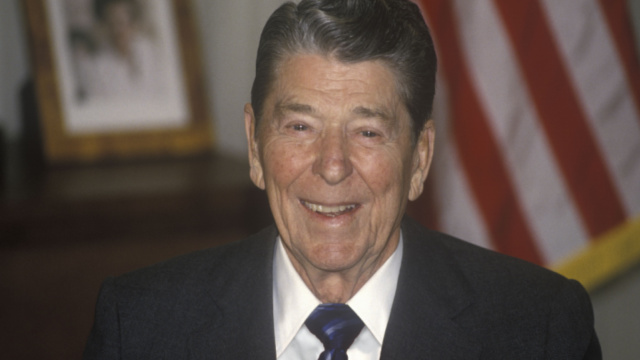 According to a report from the Daily Wire, U.S. District Judge Paul Friedman referred to the process as a “long road,” according to Jake Gibson, a producer for Fox News, who then stated that the order is set to take effect June 15.

“Mr. Hinckley was NOT present in court this morning. Defense attorney Barry Levine, who has represented Hinckley for decades, said he felt some gratification because although the ‘wounds he inflicted could not be healed,’ the process had ‘salvaged’ Hinckley’s life,” Gibson stated.

Hinckley attempted to kill Reagan on March 30, 1981, using a revolver, all in a bid to get the attention of actress Jodie Foster. Reagan was “wounded when one of the bullets ricocheted off of the limousine, striking him under the left armpit,” an injury that sent him to the hospital for 12 days, according to sources at the Ronald Reagan Presidential Library.

“Press Secretary James Brady, Secret Service Agent Timothy McCarthy, and policeman Thomas Delahanty were also wounded during the shooting. Brady — for whom the White House briefing room is currently named — was partially paralyzed due to the attack before passing away in 2014,” the Daily Wire reported.

“Friedman announced in September that he was prepared to release Hinckley on June 15 if he ‘continued to do well,’ according to the Associated Press. The Wednesday hearing was not expected to change those arrangements,” the report continued.

“Hinckley was confined to a mental hospital in Washington for more than two decades after a jury found him not guilty by reason of insanity in shooting Reagan,” the outlet said. “But starting in 2003 Friedman began allowing Hinckley to live for longer stretches in the community with requirements like attending therapy and restrictions on where he can travel.”

Back in 2016, Hinckley was given permission to live full-time with his mother.

“Still, he was required to attend individual and group therapy sessions, was barred from talking to the media and could only travel within a limited area,” the AP reported. “Secret Service would also periodically follow him.”

Here are a few more details from the Daily Wire:

Nevertheless, Hinckley has lived under various restrictions. In addition to letting officials access his devices and accounts, he is barred from traveling to places where he knows the Secret Service is protecting someone, and he must give three days’ notice before he travels more than 75 miles away from his Virginia home.

Friedman said that Hinckley, who is 67 years old, “has displayed no symptoms of active mental illness, no violent behavior and no interest in weapons since 1983,” the AP added.

Beyond his attempted assassination of Reagan, Hinckley gained attention in 2021 for his YouTube channel, where he has “garnered thousands of views and more than 8,000 subscribers for his original songs and covers of Bob Dylan and Elvis Presley tunes,” Rolling Stone reported. “But even though Hinckley’s content is fairly innocuous, there’s undeniably something more than a little bit iffy about a convicted presidential assassin crooning plaintive love tunes on social media.”

The magazine then discovered that YouTube was running ads on Hinckley’s video content “due to a change in policy that allows YouTube to run ads on creators’ channels without their consent, while reaping 100% of the revenue.”

Levine, who is currently an attorney for Hinckley, spoke with Rolling Stone, stating that Hinckley “has put his music on YouTube in order to put his music in the public sphere.”

“He is grateful for the nice comments he has received,” Levine added. “He is working on an album and will be looking for a label.”