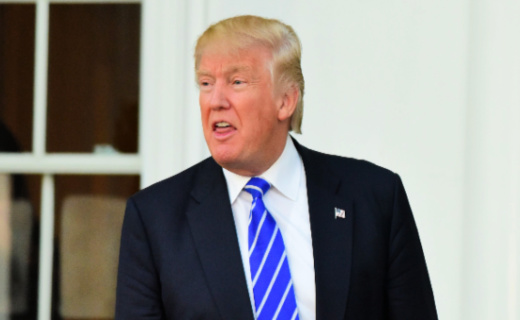 In an interview, former President Trump said that he has been told Rep. Liz Cheney (R-Wyo.) is “worse than any Democrat” serving on the House select committee investigating the Jan. 6, 2021, attack on the Capitol.

He said that he has been informed by unnamed congressmen that one of only two GOP lawmakers serving on the Jan. 6 panel, Cheney, is a “crazed lunatic.”

Trump also said that he perceives Cheney as a larger opponent than Rep. Adam Schiff (D-Calif.), who has been the target of the former president’s ire on a number of occasions and was the lead impeachment manager during Trump’s first impeachment trial, per report.

What he did not say is if he will answer questions from the committee or agree to appear for a deposition. However, he did assert a number of times that he requested that the military be prepared prior to the Jan. 6 riot.

An article said that Cheney, who was ousted from House GOP leadership last year for refusing to support Trump’s unproven claims that the election was stolen, has been more aggressive in wanting the panel to target the former president.

These reports came less than a month before the panel is set to hold the first of eight public hearings. These hearings will present its findings after holding more than 1,000 interviews and obtaining thousands of documents.

The panel issued subpoenas to five sitting Republican members of the House, including Majority Leader Kevin McCarthy (Calif.), and made headlines after that.

Neither of the five members has said if they will comply with the probe.

However, some individuals close to the former president, including Donald Trump Jr., Ivanka Trump, Jared Kushner and Kimberly Guilfoyle, Trump Jr.’s fiancee, have met with the committee.

Cheney isn’t the only Republican on the chopping block for Conservatives.

House Republican Leader Kevin McCarthy is being exposed in a newly released audio recording that suggests he blamed Donald Trump for the insurrection at the Capitol on January 6 when people breached the building. McCarthy had also hoped that Donald Trump would resign, but McCarthy ultimately voted against impeachment.

As heard on the newly leaked Kevin McCarthy audio recordings, per a report:

McCarthy denied having that conversation, but the newly released audio recording proves differently. It appears that House Republican Leader Kevin McCarthy really did have the conversation, but more information and context of the full conversation is needed to provide a more clear picture.

It’s said that more audio recordings may be available in the future, but one must wonder why more conversations are not fully available right now.