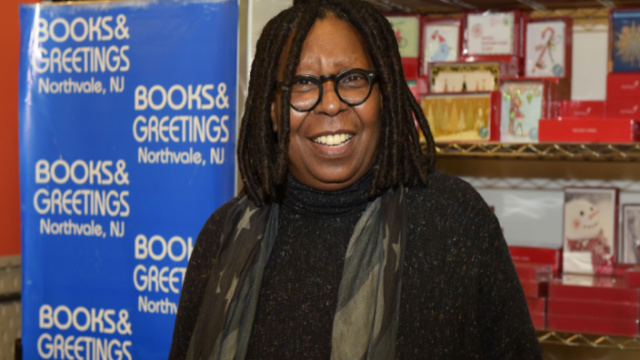 Whoopi Goldber, co-host of the obnoxious left-wing cesspool known as “The View,” decided to go full gun grabber during the program’s Tuesday episode, saying the National Rifle Association (NRA) “can’t have” AR-15-style rifles and needs to “give that gun up” because it is “not a hunting gun.”

You see, the problem here, is that if these weapons are banned, crazed school shooters and other psychopaths out in the world will just use something else. You can’t ban a tool and stop these evil people. We need to address the core issue, the motivation behind these attacks, if we truly want to stop them.

Because once you start banning one gun, the left will push the goal posts back and keep on coming for them until the Second Amendment is all but erased. And you can take that to the bank.

Discussing the horrific massacre at Robb Elementary School in Uvalde, Texas, Goldberg set her sights on the AR-15, which is the weapon that Salvador Ramos used to murder 19 children, two teachers, and his own grandmother.

“Listen, this AR-15’s got to go. I’m sorry,” Goldberg stated during the show. “I think about the people up in Buffalo, who are still suffering because they still can’t go shop anywhere because nobody will bring a supermarket where these folks are living. There is too much at stake here, too many lives have been at stake, too many damn little kids.”

It’s hilarious that she’s talking about protecting the lives of innocent young children, all the while she’s fully in support of murdering them in the womb. So much irony.

“You can’t have this gun because it kills people and children, and I’m sick of it,” she continued. Again, the irony. How about Whoopi stop flapping her chops about wanting to protect kids from guns until she is consistent and stands up for protecting kids in the womb.

“Goldberg made similar statements just after the shooting, saying Americans can have their guns but cannot have AR-15s,” the Daily Caller reported.

“They’re going to come for those AR-15s and you better get ready to give them up because this is America,” the television co-host previously stated.

Here are more details from the Daily Caller report:

Co-host Joy Behar claimed during the episode that police officers were “scared” to take down the Texas shooter because he had an AR-15, and questioned the idea of arming teachers to deal with active shooter situations.

“They expect teachers to have guns? When I was a a teacher, I can’t even imagine being able to pull out a gun at the right time. An AR-15, I’m supposed to carry around from room to room?” Behar babbled. “I have to go room to room with an AR-15, carrying that? I mean, how do they expect people to live like that?”

It is unclear why Behar believed teachers would be equipped with AR-15s specifically.

In closing, here’s the best response one can have to the demands of these insane liberal gun grabbers: