Jim Jordan Swings For The Fences On Hillary Clinton, Says She Actively Encouraged False Narrative By Taking Info To FBI 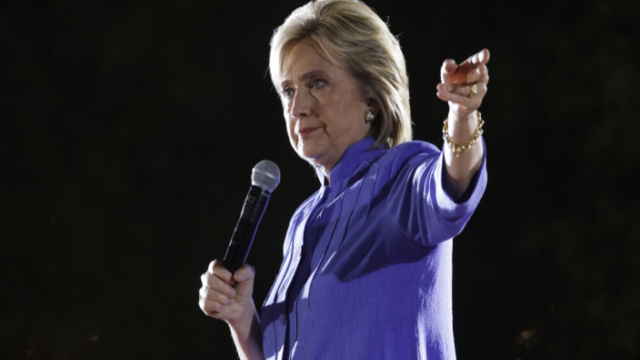 Ohio Republican Congressman Jim Jordan shares his reaction to the verdict of Michael Sussmann, the Hillary Clinton campaign lawyer who was found not guilty after a two week trial. Which, unfortunately, proves that as long as you have friends in high places, especially in the Democratic Party, you can basically get away with anything.

Jim Jordan made the claim that Hillary Clinton pushed a false narrative by taking or having false information taken to the FBI and press, hoping that it would spark controversy about Donald Trump, her opponent in the 2016 election.

The obvious outcome she was aiming for was to achieve her lifelong ambition of becoming the first female president of the United States, a goal she’s proven willing to do anything to accomplish.

A jury found Clinton campaign lawyer Michael Sussman not guilty of making a false statement to the FBI back in September of 2016 when he claimed he wasn’t working on behalf of any clients while he tried to bring information that suggested a covert communication was going on between the Trump Organization and the Alfa Bank of Russia.

The jury could be considered questionable because one juror had a child that played on the same sports team as Sussmann’s child, as reported by Fox News. Why was this individual allowed to serve on the jury despite a possible conflict of interest having this possible connection with Sussmann? Should that not have rendered that person unusable as a fair and balanced juror?

This was a two week trial and only spent a day on deliberations to find Sussmann not guilty on the charges brought forth by Special Counsel John Durham, suggesting that Durham’s team had not proven beyond a reasonable doubt that Sussmann was lying about not working with anyone, or that he was working on Hillary Clinton’s behalf during her failed run for president against Donald Trump.

Sussman had showed up with at least two thumb drives of data and a “white paper” that accused Donald Trump of having a connection with Russia.

“Sussmann was charged with one count of making a false statement to the FBI during his meeting with then-FBI General Counsel James Baker on Sept. 19, 2016.”

Sussmann issued the following statement, making the claim that he was falsely accused:

“I told the truth to the FBI, and the Jury clearly recognized this in their unanimous verdict today… I’m grateful to the members of the jury for their careful thoughtful service. Despite being falsely accused I believe that Justice ultimately prevailed in my case. As you can imagine this has been a difficult year for my family and me. But right now we are grateful for the love and support of so many during this ordeal.”

Durham had something to say about it, in disappointment:

“While we are disappointed in the outcome, we respect the jury’s decision and thank them for their service… I also want to recognize and thank the investigators and the prosecution team for their dedicated efforts in seeking truth and justice in this case.”

The jury also included a teacher, an illustrator, a mechanic and more. One juror had a child who was on the same high school sports team as Sussmann’s child. The overwhelming majority of jurors selected told Cooper they had not heard of the case prior to jury service.”

However, many are now questioning the jury and if they were swayed due to possible connection with the children who play on the same sports team.

Miranda Devine suggested this was a plot against Donald Trump and Hillary Clinton’s dirty trick.

Miranda Devine, a Fox News contributor, said Hillary Clinton is at the heart of the ongoing trial of Michael Sussmann as a result of John Durham’s investigation. Devine explained on “Fox & Friends” that the ramifications of Clinton’s attempt to mar Trump’s reputation are momentous.

Here is what Devine said: “Susmann is [on trial for] for misleading, lying to the FBI. But really, at the heart of this is Hillary Clinton. She sanctioned, she approved this attempt to dirty up Donald Trump and paint him as an agent of the Kremlin. The ramifications of that dirty trick went on, crippled the Trump presidency, did great damage to this country, was the source of a lot of the rancor and division that we see now,” per report.

“And God forbid,” Devine continued. “Also was part of Putin’s invasion of Ukraine and the damage that that’s done to everyone in the world. So this is not a trivial issue. It may seem that the charge is small, but actually the ramifications and the report that will come from John Durham are momentous. And we should all pay very close attention to it.”

In the meantime, at least four major networks are accused of ignoring the Hillary Clinton linked trial.

Friday’s bombshell testimony was nearly totally ignored by MSNBC, ABC News, NBC News and CBS News, in which former Hillary Clinton campaign manager Robby Mook testified Clinton approved the dissemination of materials to the media alleging a secret communications channel between the Trump Organization and a Russian bank, despite campaign officials not being “totally confident” in the legitimacy of the data.

This is the big takeaway from all of this. We have testimony that Clinton herself approved of this false information being used in an attempt to sabotage the campaign of Donald Trump back in 2016. Shouldn’t there be some sort of follow-up on this?

Radio host Jason Rantz said: “Left-wing media outlets shout from the rooftops that disinformation matters and is a threat to democracy. Unless, of course, it makes Democrats or the press look bad.”

The trial of ex-Clinton campaign lawyer Michael Sussmann, who has been charged with making a false statement to the FBI, has been largely avoided by the mainstream media. In September 2016, Sussmann told former FBI General Counsel James Baker that he was not doing work “for any client” when he requested and attended a meeting where he presented data and white papers allegedly demonstrating a backchannel between the Trump Organization and the Kremlin-tied Alfa Bank, per report.

Since the trial began on May 15, MSNBC, ABC News, NBC News and CBS News have almost entirely ignored it and continued the blackout after Friday’s stunning revelation.

CBSN, the CBS News streaming service covered the trial in a news package and delved into the revelations from Mook.