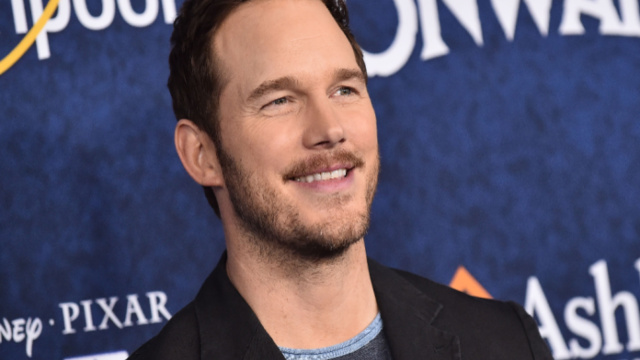 Chris Pratt is a rare breed in Hollywood today. He’s an outspoken Christian who is not afraid or ashamed to talk about Jesus and his faith. Pratt also seems to have some right-of-center beliefs that he does not shy from, one being his consistent honoring of our military members who have sacrificed so much to preserve our way of life.

This, of course, makes Pratt a target of the sickening left-wing assaults of progressives who have infected Hollywood and the entertainment industry with their twisted worldview.

Pratt has made sure to honor America’s fallen heroes every year on Memorial Day, and this year is no different.

“Today we pay tribute and remember all of the brave men and women who have laid down their lives in service of our nation,” Pratt stated in a caption for an Instagram post. “I urge you all take a moment today to remember those who fought for us. #MemorialDay.”

In a follow-up post, the “Jurassic World” actor told his followers he was doing the “Murph challenge,” which is typically done for charity in honor of Navy Seal Lieutenant Michael P. Murphy, who was killed in Afghanistan in June 2005.

The workout typically includes a mile run, 100 pull-ups, 200 pushups, 300 squats, and closes with another mile run. It was apparently one of Murphy’s usual workouts.

Last year, Pratt told his followers on Memorial Day to please show “support for our fallen” and told people who might “b**** and moan about America” in the comment section to “never forget your right to free expression is paid for in blood.”

“America’s exceptional armed forces have altered the course of the world for the better,” Pratt went on to say in the post. “From the Union Army defeating slave owning confederates, to the Greatest Generation and her Allies vanquishing the Nazis or our special operators hunting down the perpetrators of 9/11. We count the names of each fallen soldier lest they be countless. They are the good guys. They run to the sound of gunfire. They know pain and suffering we never will. They have given us the most free and decent society planet earth has ever seen. We run the risk of losing that decency when we fail to instill gratitude in the minds of our youth or the perspective of what it actually means to be free- should they never learn of the selfless sacrifice of our armed service members in the face of oppressive evil. So join me in showing support for our fallen. Take a quiet moment to really consider the sacrifice.”

“And if you use the comments section on posts like this to b**** and moan about America please understand there are countries in the world where criticizing your government will get you killed or imprisoned,” he continued. “Criticism is a right and necessity in amending the flawed systems of man. So by all means, let your voice be heard. But never forget your right to free expression is paid for in blood. May God give their souls rest, and may they live in our memories this weekend and always.”

We desperately need people like Pratt in the entertainment world, which is one of the main tools that the left has been using to brainwash folks into accepting their sick and twisted worldview.