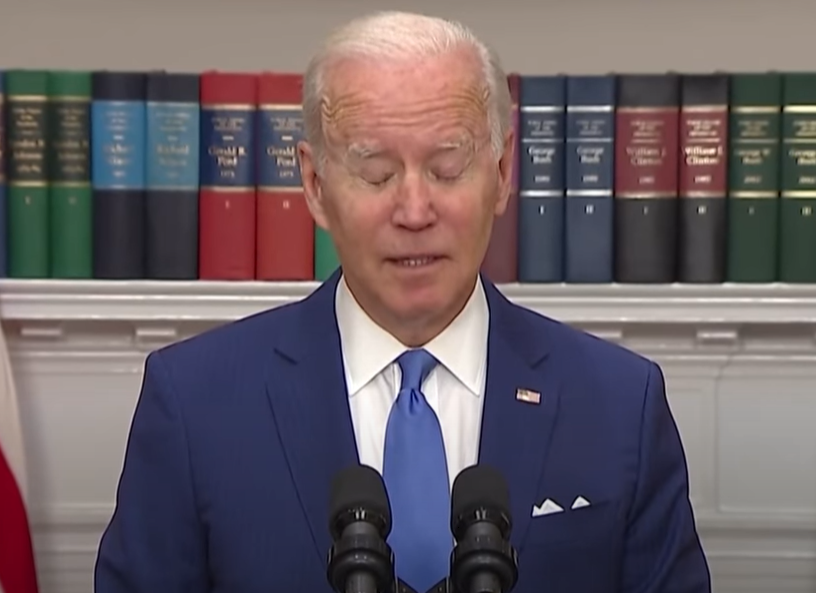 A shocking new report has exposed yet another layer of corruption behind Big Tech’s outsized influence in the political realm. Despite having received minimal attention, Mark Zuckerburg unmistakably funneled hundreds of millions of dollars to “outreach” efforts to essentially purchase certain electoral results in 2020 presidential election. Now, we are learning that major Twitter accounts are riddled with fraudulent numbers.

This is why billionaire Elon Musk has been talking nonstop about Twitter bots on the social media platform. He knows these things are being used to pump up numbers for certain accounts and for other nefarious purposes, which is why he wants them removed from it.

“At least half of President Biden’s 22.2 million Twitter followers are bogus, a new audit revealed.

The audit, which was done for the social media giant by software firm SparkToro, found that 49.3% of the president’s followers are “fake followers,” according to Newsweek.

SparkToro has defined “fake followers” as “accounts that are unreachable and will not see the account’s tweets (either because they’re spam, bots, propaganda, etc. or because they’re no longer active on Twitter).””

Conservatives have pounced on this information, pointing out that the correlation between fake Twitter followers quickly closes in on other hyped up numbers – namely 81 million voters. While this is not definitive proof, it’s still another powerful, albeit tangential, reminder that not everything is as it appears.

It rarely ever is in the political realm, especially with the current crop of crazed radicals attempting to shift things around in order to destroy this country and rebuild a Marxian nightmare in its place.

To be sure, though, the fake numbers are not only on Biden’s account. Biden’s is certainly headline-worthy given his titular role in this country and the years-long claims of election fraud, but that by no means excludes the rest of some influential accounts. The Post notes that:

“SparkToro used the same audit on Musk himself and found that nearly 70.2% of Musk’s 93.3 million Twitter followers were fake.”

In fact, the research team behind these numbers, SparkToro, released its own statement going on to say that pretty much everyone on the platform is followed by fake users.

“In our research, 5-30% of followers are fake — they’re bots, spam accounts, inactive users, propaganda, or other non-engaged/non-real users. If you rely on follower count as a measure of potential influence and reach, you could be vastly overestimating an account. This tool audits a sample of 2,000 random followers for any given account and runs diagnostics found to strongly correlate with these types of fake followers.”

Elon Musk has repeatedly said that his pending deal with Twitter cannot be finalized until he is assured that less than 5% of all accounts are spam or bots. Given SparkToro’s deep dive into accounts both large and small, this number would appear quite problematic. What’s more, even the current CEO cannot distance himself from this troubling figures.

“Musk said he believes that 20% of all Twitter accounts are fake and vowed to not go through with his $44M purchase of the social media giant until the issue is resolved.

“My offer was based on Twitter’s SEC filings being accurate,” Musk said.

“Yesterday, Twitter’s CEO publicly refused to show proof of <5%. This deal cannot move forward until he does.””