WTH?? Is CNN Actually Trying To Become ‘Real News’ Again? New Clip Has Many Thinking It Might Be So… 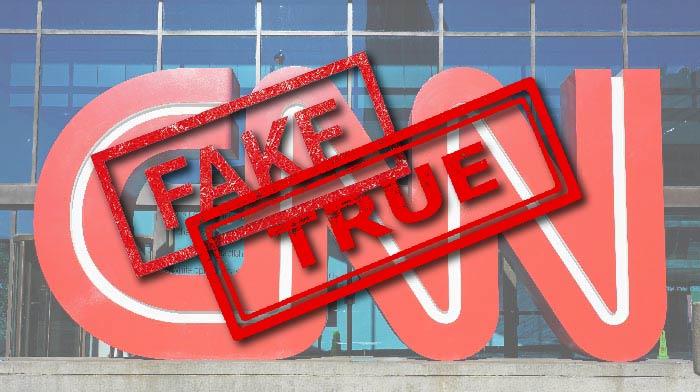 Okay, just so you all know, I don’t have a lot of faith that CNN is going to, by some miracle, become a“beacon of truth” under their new ownership.

I think no matter what, in this era of crazed left-wing commies, there will always be political bias and an agenda in the media.

The radical left is simply too deeply entrenched in the bowels of mainstream media outlets to allow their voices to be snuffed out completely. We will always, in some capacity, have to fight the bias and seek to verify the truth.

However, with that said, I do think we’ll see some pretty major shifts coming from CNN, and that’s mainly because they were at such a gutter-low point, that anything they do to better themselves will look like a huge improvement.

So, with that said, that’s how I am coming at this Jake Tapper/Dr. Fauci interview clip.

It’s stunning because it’s bold, truthful, and doesn’t let Biden off the hook at all — as a matter of fact, it makes the White House look like the scheming two-bit liars we all know they truly are.

And you know, for CNN to do that, it’s pretty remarkable. Especially with the likes of Tapper and Fauci — two complete fake news spin artists who gleefully toe the Democrat line. Heck, Fauci is an attention whore who just cannot seem to get enough of the spotlight, so he’ll say and do anything that gets him in front of a camera.

But don’t get me wrong… this is not “complementing” CNN.

It’s just pointing out their new agenda, and how they’ll try desperately to win back viewers.

The White House lied so blatantly on Twitter that even CNN and Dr. Fauci called them on it. Where is Joe Biden’s Minister of Truth to save us all?! pic.twitter.com/fvhdEw1skH

So, I think that there’s some definite “influence” from the new owners now, and this clip shows a “slow turn” back to reporting *some* real news. And that’s a good thing. There needs to be more balance. Really, that’s all we’re asking for. Balance. Just fair and accurate reporting of the facts. Not really that much to ask in my opinion.

That doesn’t mean they stop reporting their favorite fake news — but I think we’ll see more real stuff peppered in, and I guess that’s a small victory.

If anything, it’s amusing to watch Jake Tapper and Fauci have to repeat the actual truth for once in their miserable lives, and you know Joe and his commie klan are not happy about any shift towards “real” news.