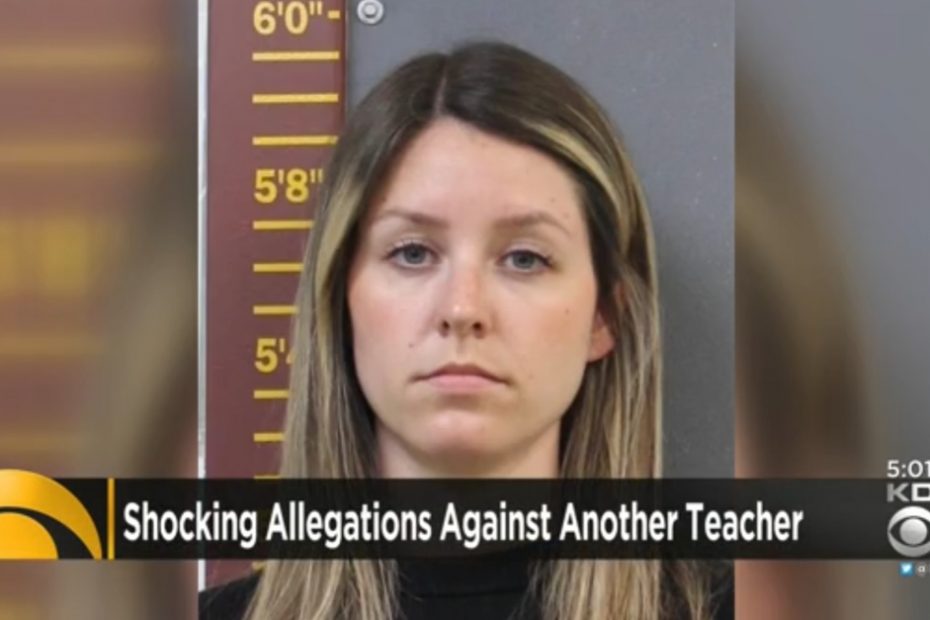 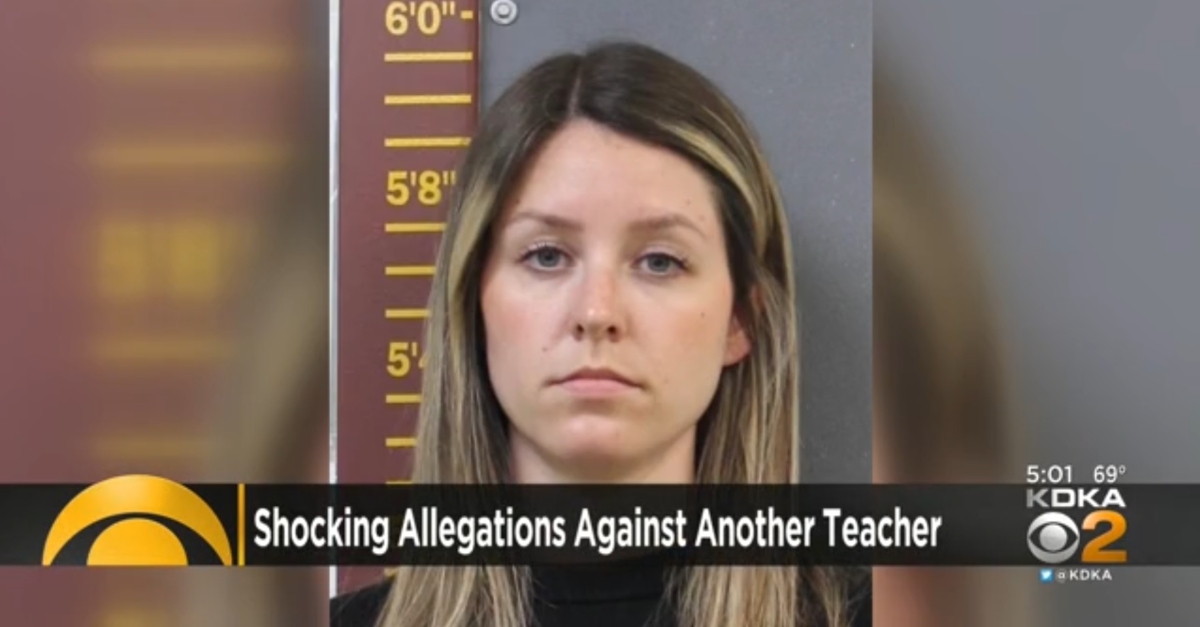 A music teacher from Pennsylvania has now been accused of sexually abusing a 17-year-old girl. Olivia Lois Ortz, 26, is alleged to have engaged in what many are describing as an inappropriate physical romantic relationship with the underage girl, according to reports from the New Castle News.

Guess who it was that exposed this whole sickening affair?

He came forward with these claims after he found some incriminating messages, police said.

What’s worse, Ortz is actually the second teacher from Wilmington High School to be charged with sexual abuse since 2020. Two in two years. That’s appalling and totally unacceptable.

Here are a few more details from Law & Crime:

Ortz, who taught chorus, resigned on May 9 after initially getting suspended with pay, Wilmington Superintendent Dr. Terence P. Meehan said.

Her husband, who reportedly did not work for the district but directed the school’s musical this year, contacted school officials on returning home from a Florida trip, according to the criminal complaint obtained by New Castle News. He learned about his wife’s abusive relationship on finding an iPad featuring correspondence between her and the student, documents stated.

“He believed that it was an adult male that she was having a relationship with,” New Wilmington Borough Police Chief Carmen Piccirillo went on to tell the folks at KDKA. “She told him it wasn’t what he thought. What certainly turned out to be accurate. And she ended up admitting that the letter was from a female student.”

Cops claimed there were texts and more than 100 Spotify messages between teacher a minor student. Ortz and the student set up a code word to warn each other in case something went bad, officers said.

“Going by official allegations, the girl treated this as a consensual romantic relationship. She told cops she visited Ortz’s home several times while the husband was out, according to the complaint. She allegedly stayed overnight, and the two had what officers reportedly described as physical romantic encounters,” the report said.

She then conducted a follow-up interview that involved her parents on Monday, according to officers.

Police then executed search warrants on Ortz’s home on May 5, however the girl allegedly stated that she and Ortz had kept communicating after that, saying they loved each other and had to provide support for one another.

This is absolutely twisted, folks.

The girl’s father has since taken her electronic devices, which include a phone, iPad, and a laptop. She stayed the night at Ortz’s house on April 7, 8, and 9, and apparently maintained a sexual relationship with Ortz over the course of this period.

“Ortz is charged with two counts of intercourse/sexual contact with a school student, and one count each of unlawful contact with a minor for sexual offenses and criminal use of a communication facility. She surrendered at the advice of her attorney, Chief Piccirillo said. Ortz bonded out of Lawrence County Jail on $150,000,” Law & Crime reported.

“A criminal case is also pending against the aforementioned former teacher Jonathan Priano, who faces charges of institutional sexual assault, unlawful contact with minors, corruption of minors,  and endangering the welfare of children. A former student, now 25 and married, testified in a pre-trial hearing in March that Priano would grope her and tickled her feet in encounters stretching from when she was 16 to 18, according to the News. These began when they became “super close” after a classmate passed away,” the report continued.

“He had me go over to his apartment,” she went on to state. Encounters then allegedly happened there, in his car, and at the school, she revealed.

In these incidents, which the pair often referred to as “rehearsal,” he would, bizarrely, tickle her feet, she went on to testify. Priano would inform her what kind of shoes to wear, which included both flats or heels. She then revealed that he would use items like a toothbrush or feather along with his fingers, and he would record it all.

This guy is a complete weirdo. No way he should be out walking around, that much is for sure. Get the guy some mental help.

“She testified they never engaged in sexual activity, though she told the court she could feel that he became aroused at times and also placed his hand up her shirt, touching her waistline or part of her bra,” the report said.

“I didn’t want to lose our connection,” she explained. “I felt like he made me feel kind of guilty, like I was being coerced.”

Priano ultimately opted to reject a plea off that involved six to 23-and-a-half months in jail, two years of probation, and 15 years on the sexual offender registry, according to prosecutors.