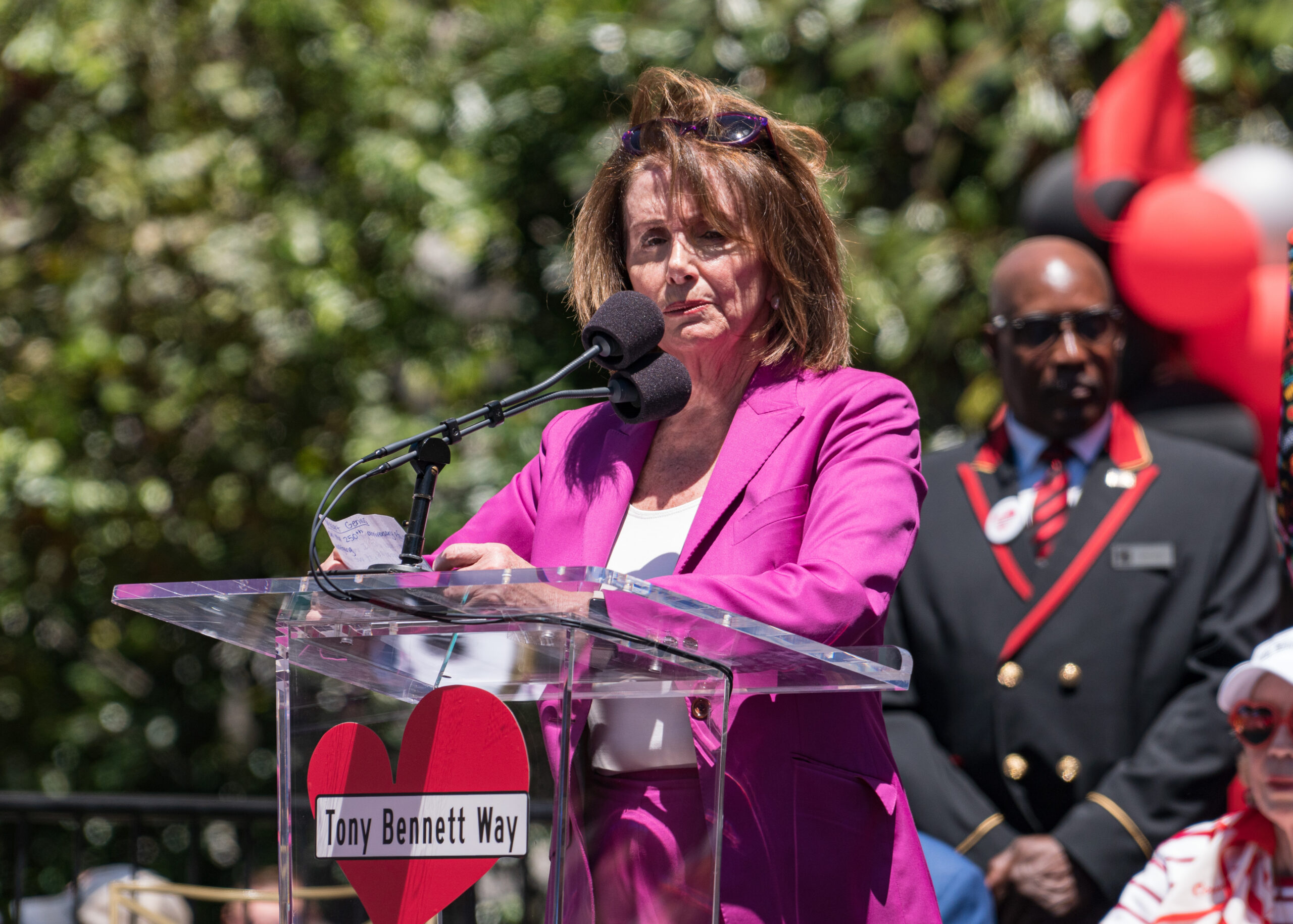 The power and influence Nancy Pelosi, the Speaker of the United States House of Representatives has over the other members is unacceptable.

She installed fines for members not wearing masks in the chamber, allows proxy voting so members could vote from their couch instead of going to DC, pushed through two bogus impeachments against former President Trump, and booted GOP members, she did not like, from the January 6th committee (witch hunt).

Pelosi has a history of making ridiculous, incoherent, and factually untrue statements. In the new Congress, she has been increasingly pushing far-left legislation trying to appease the AOC social justice squad.

In another sign of Pelosi’s disconnect from the reality that the US economy and Biden’s foreign policies are falling apart, Nancy is making it easier for lawmakers to access liquor at the US Capitol and loopholes so they don’t have to pay for them.

Now Nancy and her Marxist elitists don’t have far to go to get their adult beverages.

Members of the House of Representatives may now order beer, wine, and spirits and have them delivered directly to their offices, a new development that could help further lead to discombobulated late-night budget “solutions”.

“Wine and beer was often available at catered receptions on Capitol Hill,” tweeted Pergram, known to Fox News viewers for his encyclopedic knowledge of Congress. “But now booze can go directly to a Member’s office.”

1) The filibuster is fine. But liquor is quicker.

Fox has learned that lawmakers and aides can now order beer, wine and hard liquor directly to their offices.

This is through the new caterer on the House side of Capitol Hill, Sodexo.

2) Wine and beer was often available at catered receptions on Capitol Hill. But now booze can go directly to a Member’s office.

And, they can order in bulk.

Fox is told that this can be paid with private money or a campaign funds. https://t.co/P5HmEv5xGV

A “Drinks on Demand” page on Sodexo’s House of Representatives site offers “bulk orders” for drinks “by the case.” Spirits brands such as Tito’s vodka, Jack Daniels whiskey, Johnnie Walker scotch, and more are available for up to $35 per bottle. Beer, which can only be purchased by the case, up to $50.

Pelosi is opening a liquor store in the House where Members can buy alcohol with their taxpayer-funded MRAs.

All while Americans are struggling to pay for food? Outrageous. pic.twitter.com/YPTs1M8p1e

Various brands of wine, in each category of Cabernet, Chardonnay, Malbec, Merlot, Rose, Sauvignon Blanc, Pinot Noir, Pinot Grigio, and Riesling for lawmakers out of touch with their beer-and-a-shot, working-class constituents. Fortunately for the taxpayer, the most expensive wine on the menu is just $25 a bottle.

“Pelosi is opening a liquor store in the House where Members can buy alcohol with their taxpayer-funded MRAs,” tweeted Georgia Republican Rep. Austin Scott.

What is MRA funding?
Authorization and Funding. The Member’s Representational Allowance (MRA) is intended for individual member offices’ expenditures and receipts during a single legislative year. The MRA is funded through fiscal year appropriations and authorized annually by the Committee on House Administration (CHA).

Many on Twitter wanted to know who will be paying for Nancy’s habit spreading to all the members.

“Will there be some sort of tracker for the total amount purchased by each office?” asked one Twitter user. “At least for those who pay with campaign money?”

Will there be some sort of tracker for the total amount purchased by each office? At least for those who pay with campaign money?

House rules clearly state that, while members and their staff “may be reimbursed for food and non-alcoholic beverage expenses incurred while participating in virtual legislative planning sessions,”

“Members and employees may not be reimbursed for the cost of alcoholic beverages,” it states, but per Nancy, lawmakers may use campaign funds for their late-night libations.