The Let’s Go Brandon Flag Has a Whole New Meaning 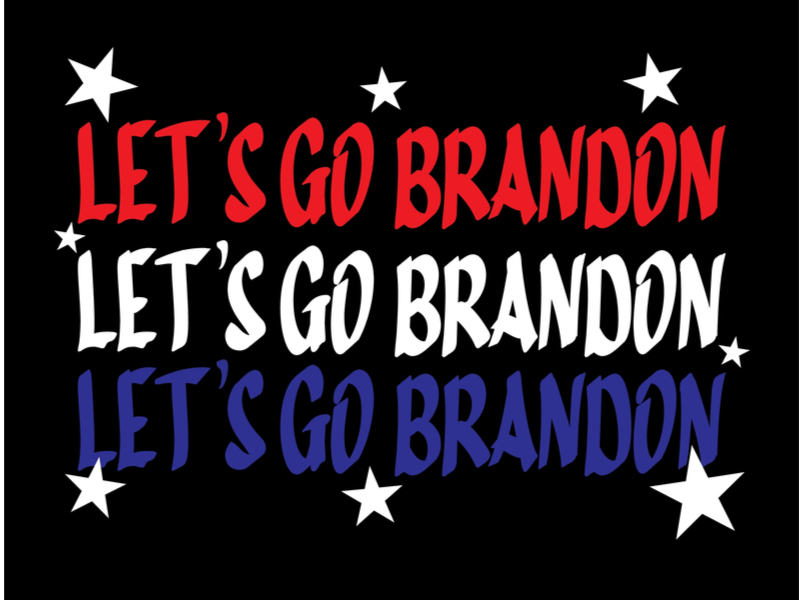 It is rare we find stories that are humanizing and glorious as well as politically hilarious. The story of a nine-year-old Minnesotan named Brandon deftly accomplishes both.

According to a report from The State, young Brandon went to a sensory-friendly rodeo experience in the Houston area during a Spring Break trip. For the special day, lights and music were dimmed and muted so as not to overstimulate guests.

While visiting, Brandon’s mother “noticed that her 9-year-old son, Brandon, who was diagnosed with severe autism at 3 years old, was fixated on something. In the moment, she couldn’t figure out what it was.”

The State then reveals the simultaneously hilarious and heartwarming tale:

“My baby kept saying, ‘Mom, these people love me here!’ ” Sheletta said. “And I was like, ‘What are you talking about?’ ”

“He said, ‘They’ve got my flags all over the place. They’re cheering for me!’”

Sheletta, Brandon’s mother, confessed she wasn’t quite sure what her youngest son was referring to yet. They continued exploring the grounds in a golf cart until he noticed more of the inspiring flags.

“And when I looked up,” Sheletta said. “It was a Let’s Go Brandon flag.”

Precious. Absolutely precious. The child has no idea what the flag means other than that it means something to him. It was so touching, in fact, that the moment inspired a children’s book, written by Sheletta as part of an ongoing book series shining a lot on her experiences as a mother of a child diagnosed with autism. This one is called “Brandon Spots His Sign.”

It gets better; The State continues:

Brandon said the flags, signs and cheers made him feel more encouraged, and have given him confidence as he battles social anxiety that is common for children with autism.

“It means to have courage and try your best,” Brandon said.”

Like I said, this is funny and adorable. It’s hilarious and heartwarming. Sheletta knows full well what the chant means, and doesn’t necessarily support it. Still, as a mother watching her son celebrate life in the moment, she didn’t need to wreck it for him either. Kudos to this woman for separating her own political beliefs with the needs of her son.

“But 9-year-old Brandon didn’t understand the political implications of the sign, and Sheletta said she didn’t tell him. She doesn’t plan to any time soon.

“He’ll be grown before he finds out,” she said.

Despite the phrase’s deeper meaning, the blissfully unaware 9-year-old took the meaning he derived to heart. His family noticed a change in Brandon’s attitude during the trip.”