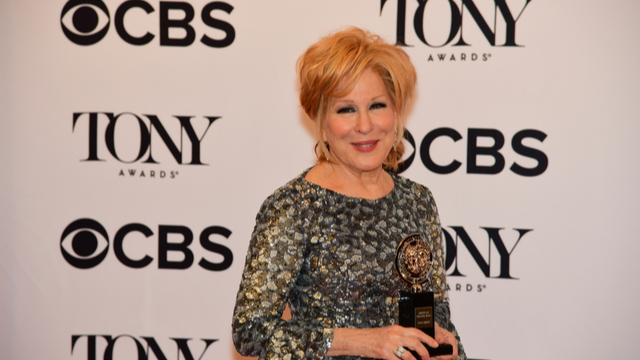 Actress and singer Bette Midler has once again managed to piss folks off on social media, this time making a rather snarky comment concerning the nationwide baby formula shortage.

Anything that comes out of this woman’s gob is guaranteed to be stupid as it’s the product of a single, solitary brain cell, which is currently on life support, pooping out runny thought that’s not even half baked.

Fans were pretty upset and more than a little horrified when Midler tweeted out, “TRY BREASTFEEDING! It’s free and available on demand!”

According to The Daily Wire, “Midler was responding to an MSNBC host’s report that three American companies control over 90% of the formula market and that there are intense regulations to prohibit formulas from foreign countries.”

“The 76-year-old singer was slammed from both her supporters and critics, with almost everyone pointing out how ignorant the tweet made her sound. Both conservatives and liberals agreed that Midler’s take on this was incorrect,” the report continued.

“Imagine having a large gay fanbase, many of whom are raising kids in two-dad households, and thinking this is a good suggestion,” Tim Carvell, executive producer for “Last Week Tonight,” shared on social media.

Another follower on Twitter was just as annoyed as Carvell, saying, “No. Please- we all love you, but delete this now. There are soooooooo many reasons a woman cannot or chooses not to breastfeed. This sentiment is not helping the mothers trying to keep their babies from starving right now.”

A few of the more diehard, delusional fans of Midler attempted to defend the statement by saying that maybe the singer’s account was hacked or the comment was said sarcastically.

Or she’s just a nasty human being. That should be an option on the table too.

“Queen Bette is joking. I’m sure of it,” one follower said in response to the tweet.

Unfortunately for these folks, Midler appeared to double down on her previous statement, going on to insinuate that some women choose to feed their infants with formula because they believe it to be superior to breastmilk.

“People are piling on because of former tweet,” she went on to write. “No shame if you can’t breastfeed, but if you can & are somehow convinced that your own milk isn’t as good as a ‘scientifically researched product’, that’s something else again. The monopoly news is news to me, tho, no lie. #WETNURSES.”

The White House has finally addressed the ongoing formula shortages, with White House Press Secretary Jen Psaki saying during a recent press conference that the FDA is treating the shortage as a “priority” and is “working around the clock” to “address any possible shortage.”

The retail data firm Datasembly reported in May that 40%-50% of major formula brands were sold out in 26 states. The areas most affected by the shortages are Iowa, Missouri, South Dakota, Tennessee, and Texas.

While supply chain issues have played a big part in the formula shortages, another key part in the crisis comes from the shutdown of a major manufacturing plant located in Sturgis, Michigan.