Ashley Judd Reveals Cause Of Mother’s Death, Says She’s The One Who Found Her 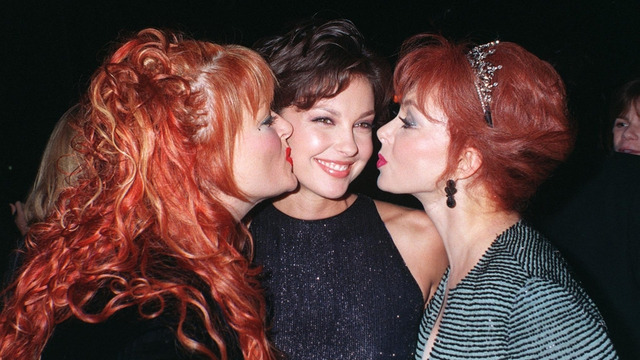 Actress Ashley Judd is opening up about her late mother, Naomi Judd, who died by suicide back in April.

Judd went on to reveal more specifics related to the death of the Grammy winner during an interview she did with Diane Sawyer on “Good Morning America,” on Thursday. Earlier in the month, People Magazine, citing sources, reported that Judd had died by suicide.

“It was a mixed day,” Judd went on to say during the interview. “I visit with my mom and pop every day when I’m home in Tennessee, so I was at the house visiting as I am every day. Mom said to me, ‘Will you stay with me?’ and I said, ‘Of course I will.’… I went upstairs to let her know that her good friend was there and I discovered her. I have both grief and trauma from discovering her.”

Judd then told Sawyer that the family had come to an agreement to share certain details about her mom’s death in order to “spread awareness” about the harsh realities of mental illness and the treatments that are available to help those who suffer from these ailments.

“When we’re talking about mental illness, it’s very important and — to be clear, and to make the distinction between our loved one and the disease,” she stated. “It’s very real — and it’s enough to — it lies. It’s savage.”

Judd then explained how Naomi “couldn’t hang hang on until she was inducted into the Hall of Fame by her peers.”

“That is the level of catastrophe of what was going on inside of her, because the barrier between the regard in which they held her couldn’t penetrate into her heart, and the lie the disease told her was so convincing,” Judd shared, according to a report from The Daily Wire.

“Naomi and the rest of the Judds were scheduled to be inducted into the Country Music Hall of Fame on May 1. According to Fox News, Naomi and daughter Wynonna reunited at the CMA Awards for a performance just weeks prior. The mother and daughter pair announced plans to go back on tour for the first time in 10 years,” the report continued.

“Per Deadline, this interview was released just ahead of a public memorial for the country music legend. ‘Naomi Judd: A River of Time Celebration’ will air as an exclusive, commercial-free live special on CMT on Sunday, May 15 at 6 p.m. PT/5 p.m. CT,” the Daily Wire reported.

This is an awfully tragedy and our thoughts and prayers are with the Judd family during this time.

If you or someone you love is suffering from depression or other forms of mental illness and are in need of help, please contact the National Suicide Prevention Lifeline. Help is available 24 hours a day, 7 days a week.