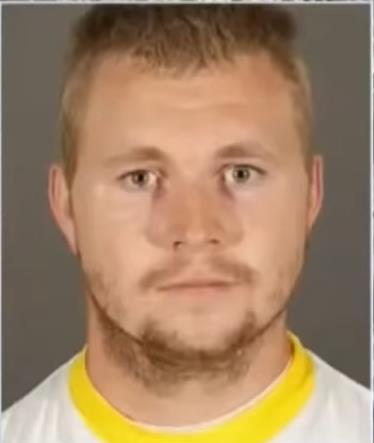 Convicted sex offender Hannah Tubbs who was arrested on Friday and arraigned yesterday now stands accused of first-degree murder, according to the New York Post. This story continues to destroy multiple leftist narratives we hear on a regular basis.

Which isn’t surprising. The narratives spun by the left are devoid of any real substance that would enable them to withstand being challenged. This is why radical liberals are so desperate to silence the mouths of those who offer an alternative worldview to the one they continue to push.

If they allow these other opinions to be shared, there’s a good chance their worldview would come under scrutiny and then be discarded because its utter nonsense.

The left and their media would have us believe that criminal penalties in America are simply far too harsh and that we have way too many people locked up behind bars. If we focused more on rehabilitating our criminals and less on punishing them and imprisoning them, society would be better off.

But Tubbs was previously convicted of sexually assaulting a ten-year-old girl, then was given only two years in a Los Angeles juvenile facility as punishment for the crime. Now Tubbs has been accused of murder.

But remember, our system and its penalties are too harsh.

Our friends on the left also try to push the storyline that transgender folks are victims. They’re all misunderstood by society and targets of bigotry, and anyone who contradicts this thinking is a transphobe. But the reality is, transgender people are just people, like everyone else, and just as capable of heinous crimes as the next person.

Who would’ve thought, right? You never would have guessed that if you watch the mainstream news networks over the course of the last five years.

But Tubbs, who was previously known as James Edward Tubbs, is in fact a transgender woman: which is to say, Tubbs is a biological man who apparently suffers from the mental condition known as Gender Dysphoria. We say “apparently,” because Tubbs mysteriously only began to identify as a woman after he was accused of the sexual assault.

Could it be that Tubbs is using transgenderism as a means of avoiding hard prison time for his crimes?

Tubbs’ transgressions became a national story earlier this year after he was sentenced for the 2014 sexual assault of the young girl. Even though Tubbs is now 26 years old, he was sentenced as a juvenile, and even though he’s a biological man, he was incarcerated with girls, which is a horrifically bad idea. Additionally, he was only sentenced to two years behind bars, which brought swift backlash to far-left, soft-on-crime District Attorney George Gascon.

According to the Daily Mail, after the original sentencing, Tubbs bragged about the soft terms during a jailhouse call with his father:

Tubbs: ‘Don’t worry about it. … I’m [going to] plead out to them and plead guilty. They’re gong to stick me on probation. And it’s going to be dropped. It’s gonna be done, done. I won’t have to register nothing.’

Father: “’So what are they going to do to you then?”

Now Tubbs has been arrested and arraigned for the 2019 murder of Michael Clark after appearing in a courtroom in Bakersfield yesterday. Tubbs is also being held in a men’s facility with $1 million bail having been set, which may signal an emergence of common sense with the situation. However, don’t get your hopes up.

But Tubbs had been slated to be released from the juvenile facility as early as next month. What if he had been released? What other crimes might he have committed if he was walking the streets? Tubbs has been locked up with underage girls for months. What if he had perpetrated more sex crimes against young girls?

Being soft on crime only leads to more crime. And giving criminals a free pass simply because the left feels sorry for a victimhood group is a really bad idea.