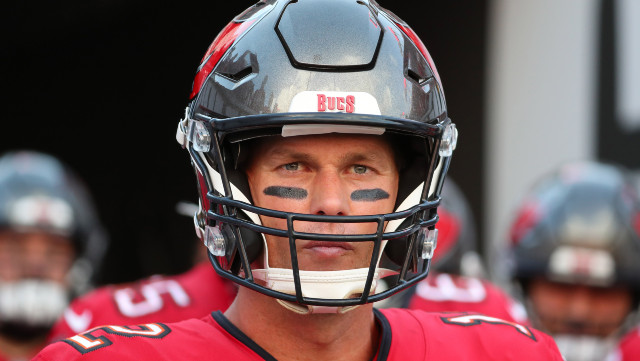 A new report on Tuesday has revealed that Fox CEO Lachlan Murdoch announced that seven-time Super Bowl champion Tom Brady will be joining Fox Sports as a lead NFL analyst after he finally retires from the sport of professional football. You know, if that ever happens for real.

“Over the course of this long-term agreement, Tom will not only call our biggest NFL games with Kevin Burkhardt, but will also serve as an ambassador for us, particularly with respect to client and promotional initiatives,” Murdoch stated in a post published on the Fox Sports’ Twitter account.

Murdoch first made the announcement about Brady’s future position during a Fox earnings call Tuesday morning.

“We are delighted that Tom has committed to joining the Fox team and wish him all the best during this upcoming season,” the media mogul added in a tweet.

Brady responded to the announcement by saying he’s excited about his future job, but made it clear he’s not done playing.

Excited, but a lot of unfinished business on the field with the @Buccaneers #LFG https://t.co/FwKlQp02Hi

Brady, who will turn 45 in August, retired for 40 days this past January, only to make a surprise decision to return to the game that he has dominated for more than two decades. Prior to playing for the Buccaneers, Brady won six Super Bowls over a span of 20 seasons with the New England Patriots.

During his retirement, it looked as if Brady was content to focus on his new clothing line and his TB12 sports program, as well as produce and act in a road trip comedy based on a true story about four lifelong friends who journey to Super Bowl LI to see their idol — Brady — play in the big game.

In February, The Hollywood Reporter reported that Lily Tomlin, Jane Fonda, Rita Moreno, and Sally Field would star in the movie, titled “80 for Brady.”

“Brady (the movie, not the player) will be directed by Kyle Marvin, who also co-wrote the script with Michael Covino,” The Hollywood Reporter said. “Marvin, who appears as an actor in the upcoming Apple limited series WeCrashed and co-wrote and starred in indie movie The Climb, is also executive producing with Covino, under the duo’s Watch This Ready banner, and Jeff Stott.”

Tom Brady is no doubt a legend and has earned his place in the upper echelon of professional athletes. It must be nice to already have a new job lined up for the rest of your life after retiring from making millions upon millions upon millions from getting to play a game a lot of folks would probably play for free.

That’s not a knock on Tom or on professional athletes. It’s just such a weird profession.