Liberal Prime Time Host Rachel Maddow’s Tenure At Woke MSNBC Could Be Coming To An End. Here’s Why 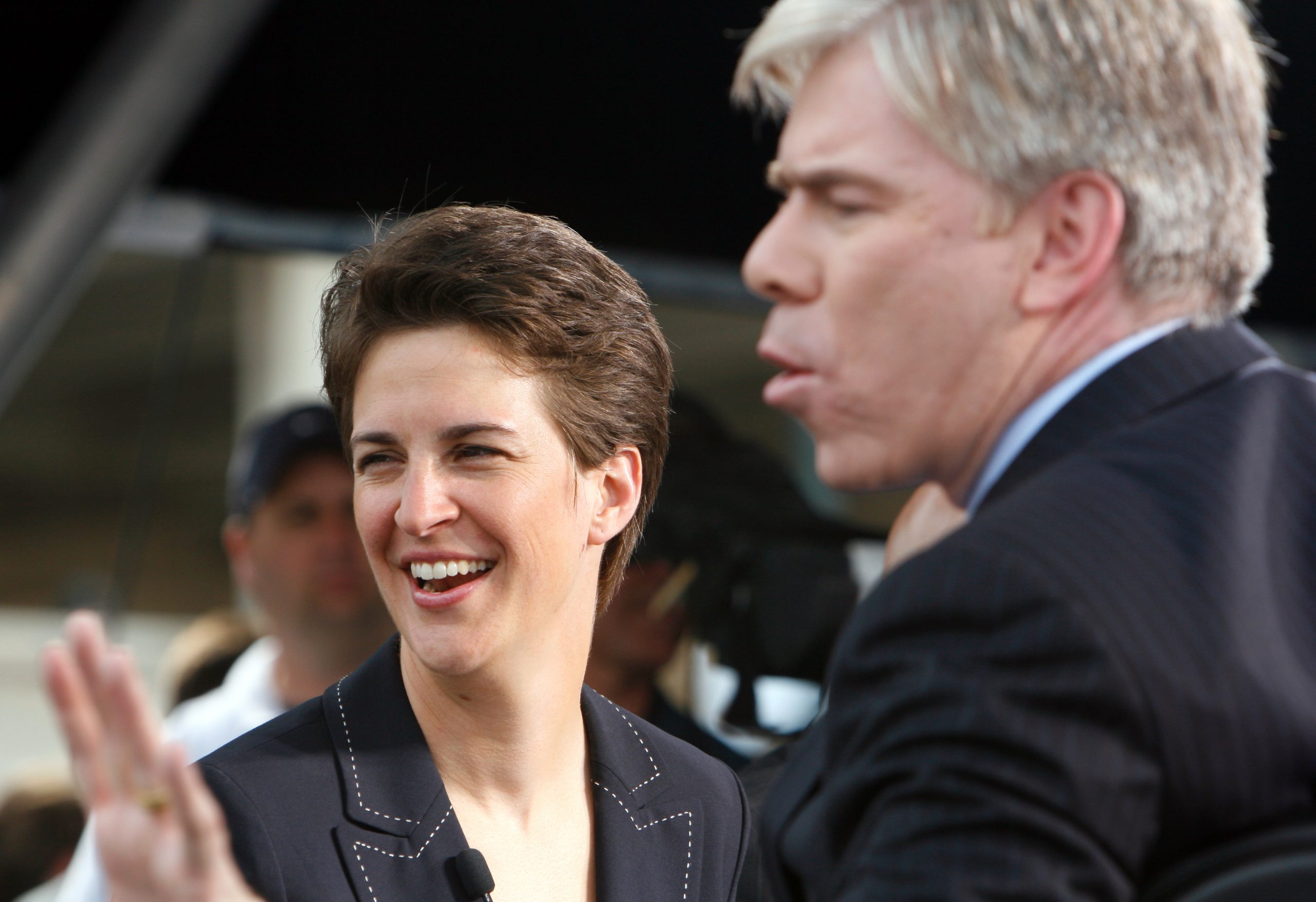 Michael Knowles’ female doppelganger could soon be leaving MSNBC, where she’s managed to bring in stunningly good ratings (at least compared to her peers, not compared to Tucker).

Why? Well, unlike Brian “The Potato” Stelter and Don Lemon over at CNN, both of whom are rumored to be nervously anticipating receiving a pink slip, it’s apparently not because she’s doing a bad job or because her show is crashing.

Quite the opposite, in fact. Apparently, Maddow has found enough wine moms and cat women that want to tune in that she’s considering ditching the dead weight of MSNBC and taking her talent elsewhere after spending a decade working for the woke network.

News on that potential move comes from the Daily Beast, which reported that:

According to six people familiar with the situation, Maddow, 48, is seriously considering leaving the network when her contract ends early next year as negotiations drag on and the temptation to take her brand elsewhere or start her own lucrative media company has grown.

Insiders who spoke with The Daily Beast said while the star host has occasionally entertained other offers in the past, she has in recent months increasingly expressed openness to exiting when her deal ends, citing a desire to spend more time with her family and the toll of hosting a nightly program since 2008.

Further, although other networks that are smarting from losses or personnel problems right now might be looking for a chance to swipe her up and take a larger share of the fractured leftist media market, it’s supposedly much more likely that Maddow would start her own brand rather than starting a show on another network.

News on that also comes from the report in the Daily Beast. According to it:

Maddow seems unlikely to jump to a rival television news network. Instead, she has been intrigued by opportunities in the streaming and podcasting space, which would allow her more freedom, time for her personal life, and for other projects, people familiar with her thinking said.

Neither Maddow’s people nor MSNBC commented on the potential move.

If the Daily Beast’s reporting on the matter is accurate, that would present a major problem for MSNBC and represent the continuation of a growing trend.

In terms of MSNBC, that network is known for its far-left stance and thus needs inveterate leftists like Maddow to attract its radical audience. Further, because the leftist mainstream media market is so fractured (unlike the right, which just has Fox), people like Maddow that bring in viewers are doubly important.

If she does end up leaving, that will present a problem for the network, as it will then need to find a different anchor to bring in viewers.

And that might be difficult because of point 2, which is that if Maddow does go independent, it will represent a continuation of the trend of talented content creators going independent rather than working for a network.

The rise of Substack, Patreon, and other platforms that allow content creators to break free from the bonds of the main networks is changing how news and political opinions are spread, and it seems like Maddow will be joining other talented people in hopping aboard that train.

That’ll make it even harder for MSNBC to replace her if she leaves, as the talent generally is going independent rather than cozying up to the networks. That’s likely why the network is, as the Daily Beast reports, “taking major steps to keep Maddow on board.”

We’ll see how things go, but the general trend isn’t looking great for the old networks, particularly the ones that lost their credibility in the Trump era.