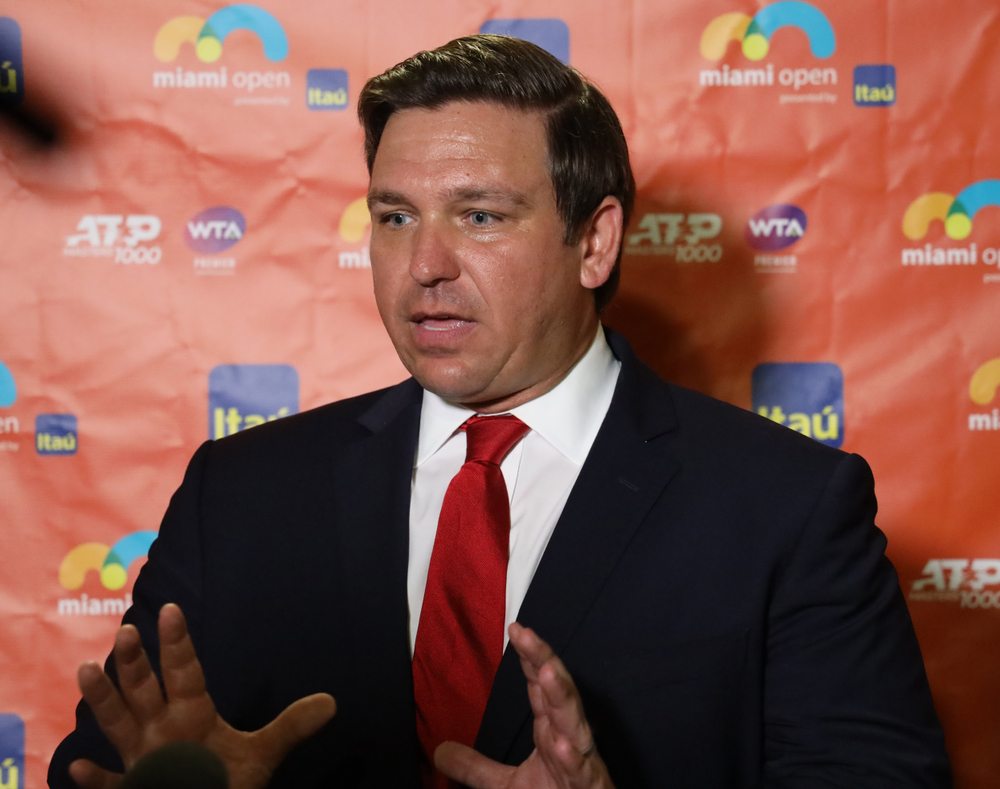 Florida GOP Gov. Ron DeSantis recently signed a bill into law on Monday morning at Miami’s Freedom Tower that will now require every public high school in the state to observe “Victims of Communism Day.”

If you listen real close, you can hear the beginning of liberals all over the United States beginning their collective temper tantrums.

The legislation, known as HB 395, mandates that public schools teach kids about the horrors of communism every year on November 7, or a preceding school day. The “Victims of Communism Day” legislation passed both the Florida House and Senate unanimously earlier in the year.

“We want to make sure that every year folks in Florida, but particularly our students, will learn about the evils of communism, the dictators that have led communist regimes, and the hundreds of millions of individuals who suffered and continue to suffer under the weight of this discredited ideology,” DeSantis stated during a press conference.

Check out more details from The Daily Wire:

Miami Young Republicans President Armando Ibarra and his group helped launch the “Victims of Communism Day” bill. Ibarra told The Daily Wire that his father was a political prisoner in Cuba and endured “incredible cruelty,” so this bill means more to him than simply another piece of legislation.

“When we brought the idea for the [Victims of Communism] bill to Rep. David Borrero we wanted to honor the people in our community that had suffered and the people that were lost to the evils of communism,” Ibarra stated.

According to the bill, high school students will be required to receive 45 minutes of instruction on “Victims of Communism Day” beginning in the 2023-2024 school year.

The instruction that students will receive includes “topics such as Mao Zedong and the Cultural Revolution, Joseph Stalin and the Soviet System, Fidel Castro and the Cuban Revolution, Vladimir Lenin and the Russian Revolution, Pol Pot and the Khmer Rouge, and Nicolás Maduro and the Chavismo movement, and how victims suffered under these regimes through poverty, starvation, migration, systemic lethal violence, and suppression of speech.”

DeSantis’ signature on the bill also means the State Board of Education will revise social studies standards to include the classroom instruction that aligns with “Victims of Communism Day.”

The legislation comes after DeSantis signed a bill last June requiring students to learn about the “evils of communism.” DeSantis told the press at the time that the bill would require students in high school government class to learn about communism and totalitarianism. “We have a number of people in Florida, particularly southern Florida, who’ve escaped totalitarian regimes, who’ve escaped communist dictatorships to be able to come to America,” the governor said at the time.

The DeSantis administration made an announcement last month that the state would also be taking out any books that it found to promote Critical Race Theory from Florida Public Schools.

“It seems that some publishers attempted to slap a coat of paint on an old house built on the foundation of Common Core, and indoctrinating concepts like race essentialism, especially, bizarrely, for elementary school students,” the governor said in a statement.