There’s been a rumor floating around online for sometime now, and it goes a little something like this: former Twitter CEO Jack Dorsey didn’t want to silence conservatives, ban President Trump, or monkey with algorithms, but he was brow-beaten by his “woke” and radical employees and outnumbered by his board, and that’s why he was ousted from the company.

Now, I don’t know if that’s true, but some of the bizarre things that have been happening since they tossed him out, really makes you wonder.

It wouldn’t be surprising if this were the case, seeing as how mobs of liberals tend to flock together and try to be as loud and obnoxious as they possibly can in order to try and forcefully get what they want. Only to later realize that what they want is actually bad for them and everyone around them.

In one tweet, Jack reflected on how the internet was when he first got involved – the sense of “freedom” there was, and he said he regretted he was partially responsible for ruining that. And honestly, that takes a lot of courage to admit. The Internet used to be the perfect place to exchange ideas freely without fear of censorship. Social media has destroyed that.

He also condemned the board for how they treated Elon’s offer. 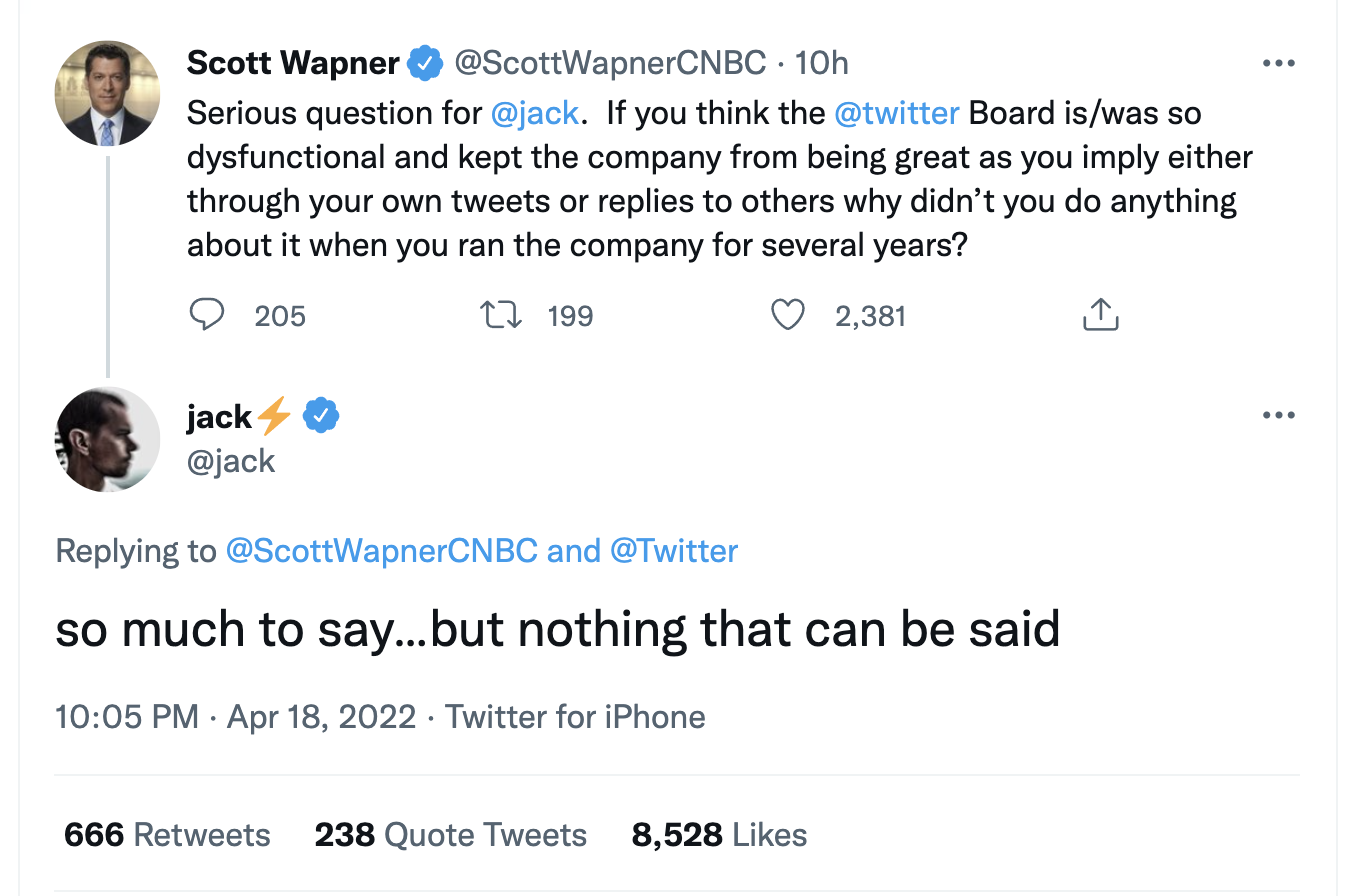 And then the cherry on the cake was this tweet Jack wrote in response to yet another anti-Fox whine-fest from CNN’s Brian Stelter.

Brian was once again, boohooing about Fox News and Tucker Carlson. He shared a WAPO piece claiming that Tucker is “selling doubt.”

Selling doubt about what? The Biden administration has done a horrifically bad job. You don’t need to watch Fox News or any mainstream media outlet to see that firsthand. How about inflation and gas prices? How about the horrific handling of the Afghanistan withdrawal?

All of these things are serious issues we experienced firsthand as American citizens.

Jack rolled up with a response that was so fitting…

Here’s what Jack Dorsey said to Stelter: “and you all are selling hope?” 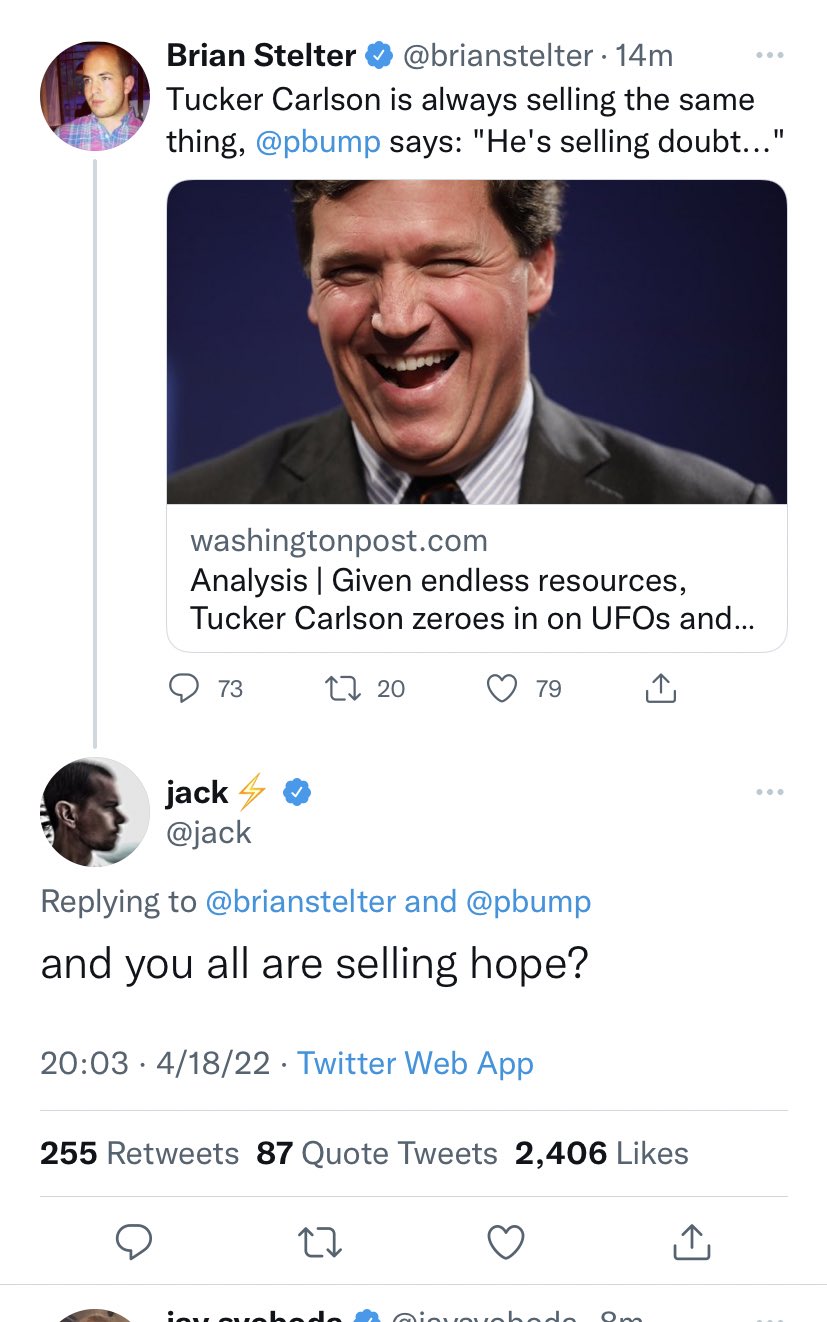 He also said this:

Every administration, republican or democrat, has an opportunity to build trust with the public.

Instead, every single time, they choose deception and zero accountability. It’s not the party, it’s the system. https://t.co/sxLJTkPkSn

It’s interesting to see Jack emerge as this free-thinking Bitcoin guy, who’s calling out the BS on both sides.

Here’s what people online are saying:

“Are we becoming friends with Jack now?”

“The Quartering said once that Jack is maybe secretly based. Could be true. Could be had a psychedelic ego-death and reconsidered his decisions.”

“Jack been doing some soul searching.”

“Has Jack been redpilled?”

“Jack is on his redemption arc part of his life”

“Wow, nobody saw this coming…nobody”

Well, some did. If you believed the rumors that have been floating around.

It’s nice to see that Jack is coming around, or at least able to share how he feels in a more open way.

Let’s hope he builds on that even more.