LaQuedra Edwards was at the grocery store in Tarzana, California, buying lottery tickets from a California Lottery Scratchers vending machine. She was about to choose the games she wanted to play when, as she put it, “some rude person” bumped into her. 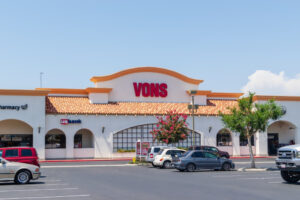 According to Edwards, the impact of the stranger bumping into her caused her to push a number on the machine that she did not intend. Out came a $30 200X Scratchers ticket — which she had no intention of buying.

“He just bumped into me, didn’t say a thing and just walked out the door,” Edwards recalled, as described in a news release issued by the California Lottery on Wednesday. She recounted being irritated not only because the person bumped into her, but also because she had spent 75% of her lottery money on one ticket instead of being able to purchase her usual selection of lower-priced favorites.

Edwards returned to her car and began scratching the $30 ticket. That’s when she realized she’d won the game’s top prize — a cool $10 million.

Ms. Edwards says that she could hardly believe her luck. She scanned the ticket with the California Lottery mobile app and kept thinking, “This can’t be right!”

LaQuedra is still in shock. She plans to buy a house and launch a nonprofit organization with the winnings.

According to calottery.com, the 200x game now has an overall odds of 1 in 2.71 million chance of winning the final $10 million top prize.

According to Investopedia, the odds are not in your favor regarding lottery tickets. The site named a few statistics:

The 200x game was released on February 22, 2021. At the release, there were six top prizes. Five prizes have been claimed, leaving one more chance for someone to win the final top prize.

To say that Ms. Edwards is a lucky duck is an understatement! To begin with, she wasn’t even going to buy the 200x ticket. Even though she was peeved at the person who rudely bumped into her, causing her to spend most of her $40 on one ticket, I’m sure that she is not too unhappy about it now. 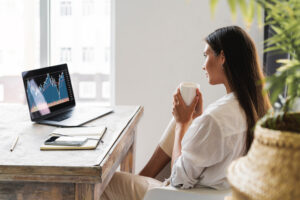 Investopedia made an interesting observation about the odds of playing $5 per week in the Powerball and investing the same amount in the stock market.

Is there a better, more profitable, way to spend or invest the money you’d otherwise devote to the lottery? Let’s look at the numbers. If a person spends $5 per week on lottery tickets, it adds up to $260 per year. Over 20 years (a typical long-term investment horizon for stocks and bonds), the total spent on lottery tickets would be $5,200. Putting $260 per year into stocks earning approximately 7% annually (based on equities’ historical performance) yields $11,015 after 20 years. But if you just spent the money on lottery tickets and presumably won nothing, you would be out $5,200 after 20 years.

Of course, the stock market is never a sure thing. Stocks can depreciate as well as appreciate. So let’s try a more cautious estimate. Consider a person without a college degree who spent an average of $250 per year purchasing lottery tickets. If that same person were to start an individual retirement account (IRA) or another retirement account that earned a conservative average 4% annual return and contributed that same $250 to it per year for 30 years, they would have $15,392 once they reached retirement age. If they did the same thing for 40 years, that number would jump to more than $25,000.

Although some would argue that in today’s economy there is no way to guarantee that the money would earn 4%, there’s also no guarantee that it wouldn’t earn far more than 4%. But all of that aside, the odds of having $15,000 after 30 years are largely in the person’s favor; certainly more so than with the Powerball lottery’s 292-million-to-1 odds.