In the past decade, far-leftists have been advancing the concept of paying Universal Basic Income (UBI) payments to all citizens. UBI is a Utopian dream in the pursuit of “Equity”.

For progressives, Universal basic income is a sociopolitical policy proposal, income redistribution, in which all citizens receive a regular payment and equal financial grant paid by the government without a means test.

In other words, every citizen, regardless of whether they work or not, would get an equal monthly payment as a right for being a citizen.

Now the left, especially “woke” corporations that have embraced the Great Reset, are pursuing the opportunity to help “disadvantaged groups”, which would be a big win for improving their ESG score.

The left-wing W.K. Kellogg Foundation, which effectively controls the Kellogg Company, is bankrolling a pilot program that will provide hundreds of illegal aliens living in the United States with a guaranteed basic income. As far back as 2016, Kellogg’s has been giving millions of dollars to domestic terrorist groups like Black Lives Matter (BLM).

What brands are owned by Kellogg?

Now Kellogg has joined a  coalition of activist organizations to launch a pilot program across 13 counties in New Mexico where 330 illegal alien households will receive monthly payments of $500 for the next year. 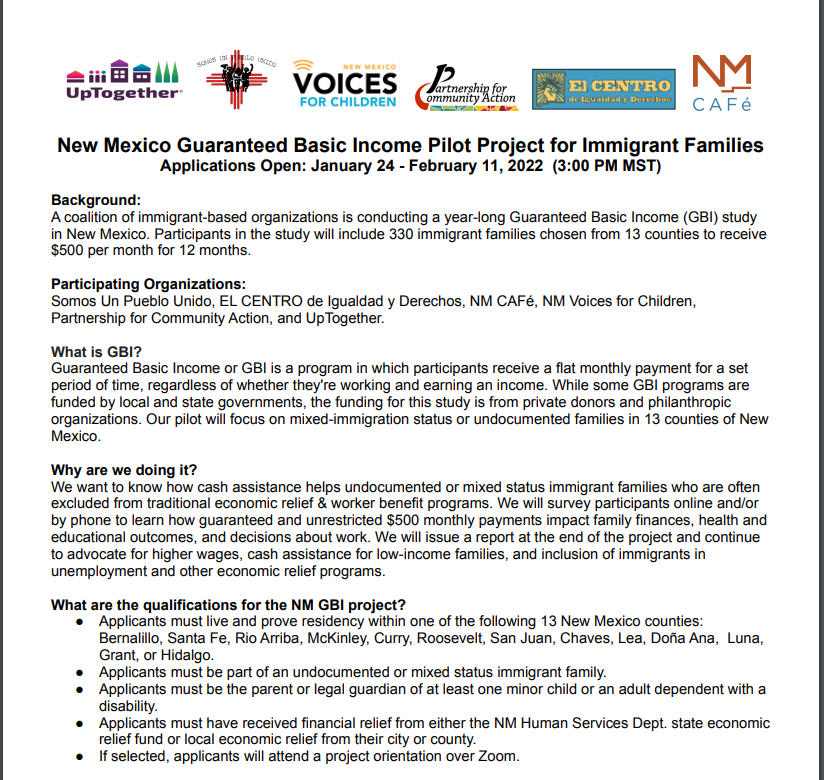 ERWG said 330 families from 13 New Mexico counties, including Doña Ana County, will receive monthly payments of $500 for 12 months beginning in March. The payments will be delivered through direct deposit or prepaid cards, and there are no conditions on what the money can be used for. Funding is coming from the W.K. Kellogg Foundation and UpTogether, a news release states. [Emphasis added]

How much would a UBI cost the US? A UBI providing every American adult $12,000 per year would cost the U.S. government more than $3.1 trillion per year — a sum equal to roughly 75% of all the money the federal government collected in revenue last year. Now if you throw in the 20 plus million illegal aliens into the equation, it would be more than 100%.of the government’s revenue.

The reality is UBI will lead to apathy and cultural decline as the innovators will be taxed so heavily, to pay for UBI, that they will stop risking their capital, not starting or expanding their companies slowing the economy.