As a fellow resident of the former Golden State, now a collapsing socialist disaster, the liberals running the political and education systems in California, have lost their collective mind.

The radical Lbtqacb123 mob is disregarding parental rights by illegally trying to indoctrinate their children in the public school system, especially teachers whose entire identity is based on who they have sexual relations with.

A California mother is taking legal action against a school district, claiming that two teachers secretly manipulated her 11-year-old daughter into believing she was a transgender boy.

She alleges that Buena Vista Middle School teachers Lori Caldeira and Kelly Baraki ‘planted a seed’ in her daughter’s head that she was bisexual, then went on to convince the youngster that she was actually a transgender boy.

Konen also claims that Caldeira and Baraki – who ran the school’s ‘You Be You’ equality club – provided information for her daughter on how to bind her breasts to stop them from developing. She says the school kept her in the dark about what was going on until a December 2019 meeting.

After schools closed and went remote during COVID  in March 2020, Konen says her daughter, who has not been named, was once again happy to identify as a girl when away from the influence of the teachers and school bosses she is now on the verge of suing.

Caldeira and Baraki are also said to have ‘stalked’ social media for children they believed may have been transgender, but insist uncovered communications between them were only made in jest. 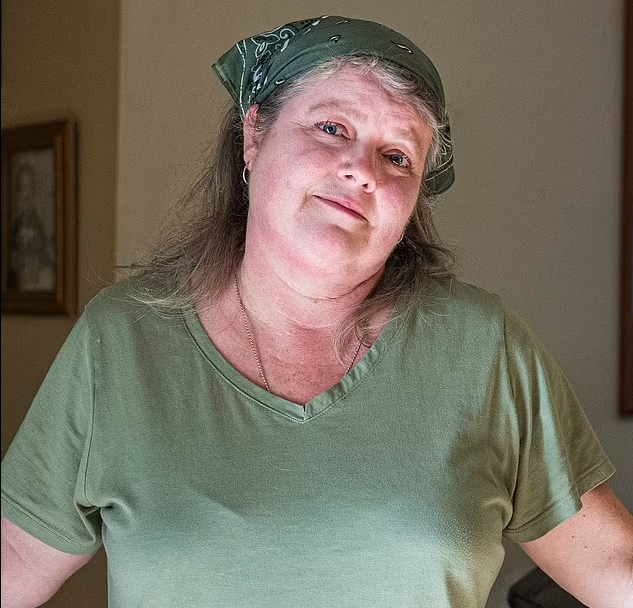 A lawsuit filed Wednesday asserts that Spreckels Union School District was responsible for ‘extreme and outrageous conduct’ that led the student on a path toward transitioning as a boy and drove a wedge between mother and child.

Konen is being represented by the free speech group, The Center for American Liberty.

Attorney Harmeet Dhillon told DailyMail.com that since filing the case, she’s heard from parents across multiple states, who describe ‘secretive trans grooming’ by school officials – similar to what Konen has claimed.

One of Konen’s main complaints is that she was kept in the dark by the school about her daughter’s participation in the club, literature teachers provided, and a ‘gender support plan’ created by administrators.

‘Parents are supposed to have access to all the educational records of their children,’ said Dhillon, who filed the case. ‘The concept that the schools have a right to be running a secret, don’t-tell-your-parents clubs and don’t-tell-your-parents programs and actively coaching children how to mutilate themselves, which is you know, not growing your breasts, is certainly not consistent with California law.’

In a leaked recording from a California Teachers Association conference, Caldeira and Kelly Baraki were quoted discussing how they kept meetings private and ‘stalked’ students online for recruits.

‘When we were doing our virtual learning – we totally stalked what they were doing on Google, when they weren’t doing school work,’ Baraki said. ‘One of them was googling ‘Trans Day of Visibility.’ And we’re like, ‘Check.’ We’re going to invite that kid when we get back on campus.’

In what might require some difficult changes, I believe it is incumbent upon parents with children to remove their children from these failing public schools, especially as long as they are staffed by nationally organized teachers unions and are using fed far-left propaganda curriculum approved by the U.S Department of Education.

Millions of children are homeschooled every year, so it can be done by any parent who cares to try.