Don Jr. And Ivanka Fire Back After Partisan Subpoena, Say They WILL NOT COMPLY

In an expected but still partisan move, New York Attorney General Letitia James further targeted employees of the Trump organization. To many, this is the far left AG’s attempt to prevent former President Trump from running in 2024, following an unlikely wishful conviction.

Former President Trump’s eldest son and daughter have refused to comply with subpoenas issued by the New York State attorney general’s office as it conducts a civil investigation into the way the family real estate business valued its holdings.

Donald Jr. helped run the Trump Organization during his father’s presidency, while Ivanka worked in the West Wing as a presidential adviser. Both said they plan to file motions to quash the subpoenas.

“A dispute has arisen between the OAG and the Individual Trump Parties regarding the Subpoenas,” a document filed Monday said.

The document, filed jointly by New York Attorney General Letitia James and an attorney for the Trump Organization, said Donald Trump Jr. and Ivanka Trump will now be named as respondents in James’ ongoing inquiry, which parallels a criminal investigation by the Manhattan District Attorney’s office. 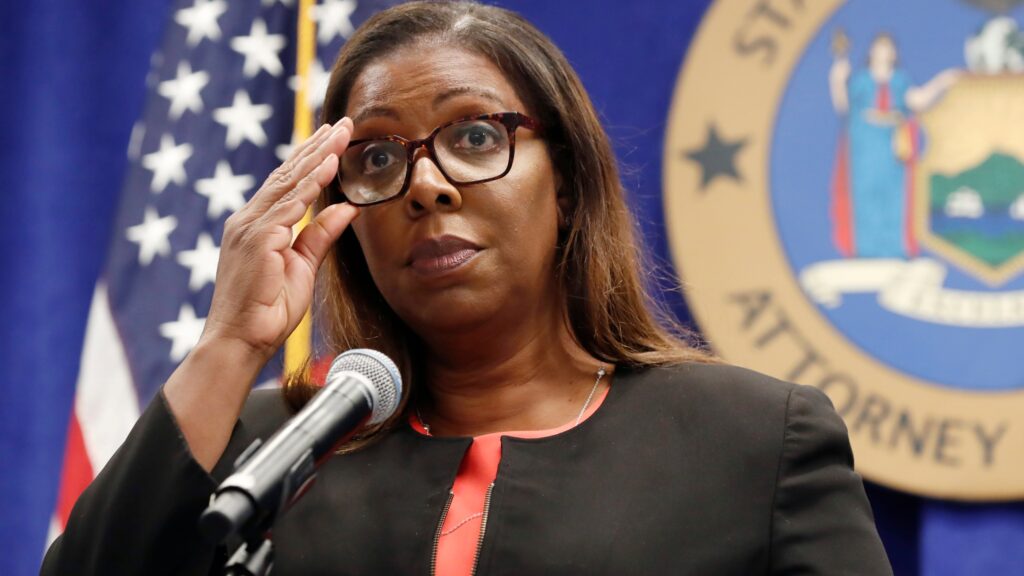 According to The New York Times, James’ civil inquiry “is focused on whether Mr. Trump fraudulently inflated the value of his assets to secure bank loans and understated them elsewhere to reduce his tax bill.”

“As her investigation into financial dealing of the Trump Organization continues, Attorney General James is seeking interviews under oath of Donald Trump, Donald Trump Jr., and Ivanka Trump,” a spokesperson for the AG’s office said. “Despite numerous attempts to delay our investigation by the Trump Organization, we are confident that our questions will be answered and the truth will be uncovered because no one is above the law.”

Their father, former President Donald J.Trump, and his company have denied wrongdoing and have attacked the investigation as political.

The ongoing criminal investigation has so far resulted in indictments against the Trump Organization and its longtime chief financial officer Allen Weisselberg on tax charges.

Based on her findings, James has the authority to file a civil lawsuit but cannot pursue criminal charges. James is, however, also involved in a criminal tax-avoidance investigation into the Trump Organization led by Manhattan District Attorney Alvin Bragg.

The lawsuit, to which James’ office has not yet responded in court, also claims that any testimony the former president gave in the civil inquiry might then be used against him in the criminal investigation, thus violating his Fifth Amendment right against self-incrimination.

This is a straightforward witch hunt with partisan individuals, like the radical New York Attorney General throwing everything against the wall hoping something sticks. The Mueller investigation tried the same thing during the “Russian Hoax” but ended up with no crimes to charge Mr. Trump with.